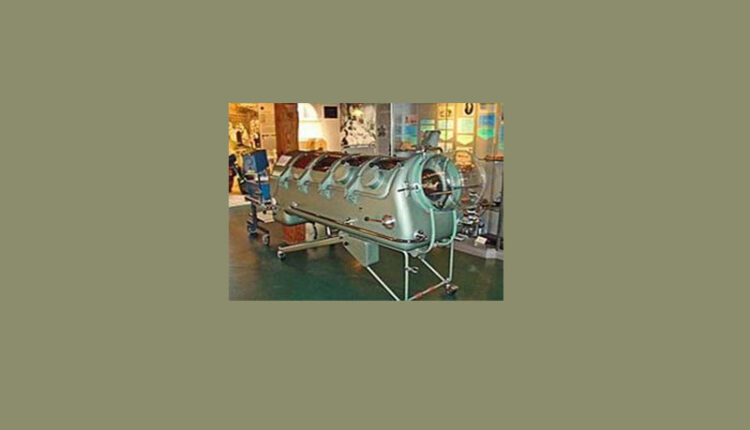 The following is an editorial by Andrew Skotdal, Co-owner with brother Craig of The Everett Post, KRKO and KXA radio stations in Everett, WA

My father, and probably your grandparents, grew up when the polio virus stalked children. Unable to walk and with loss of motor control, these children were locked in an “iron lung” to help them breathe, and many died or were permanently impaired. In 1953, Dr. Jonas Salk announced that he had discovered the polio vaccine that would help eradicate this terrible disease for the world.

The polio virus fear at the time was like COVID now, but parents rushed to vaccinate and prevent polio from paralyzing their children. This basic belief and trust in vaccinations led to polio being practically eradicated worldwide. In the early 2000s, Rotary and other organizations led a push to eradicate polio completely in the last remaining areas of the world where children in a small region of Afghanistan and Pakistan are still affected by polio.

Unfortunately, with the advent of the internet, fears of vaccinations, and misinformation, the eradication of polio may allow for a resurgence of this deadly disease as two generations of families have no longer had to fear polio and are no longer relevant to vaccinations. The only reason such an idea even pops up is because of the success and need for vaccination.

My compassion for those who fear or disbelieve vaccinations is real. My friend’s son had a severe side effect on MMR injection as a child that resulted in brain swelling, hospitalization, and a year of therapy. Today she is passionate about vaccinations. Her experience was 1 in 1,000,000 lightning bolts, but her son is now fully recovered too because we have the best medical care in the world. Despite her experience, I disagree with her anti-vaccination position, but I would meet her in the middle when it comes to separating vaccinations according to illness and combining vaccinations.

Last night I was up with my 13 year old son who is now missing school because he has a fever, nausea and pain from his second vaccination yesterday. My consolation is that his experience, like mine after the second shot, is much better than the unknown if we had been infected with COVID.

I waited for the vaccination because I didn’t want to be the guinea pig, but eventually I was vaccinated. I had to choose between two risks: Do I trust a demonstrably accurate and reliable modeling of vaccine side effects, or do I assume with little evidence that my body can fight a virus that did not exist worldwide until recently? Year, and that may have been modified in a laboratory to be more destructive than when it was first discovered in a cave. The other thought that bothered me was that vaccines only work when everyone participates. The polio vaccine demonstrated this concept.

Millions of vaccine doses are being thrown away this month because some are still holding out, and it makes me sad for two reasons: We are lucky enough to live in a country that has enough doses for everyone, and I know the reports firsthand like how it was at Providence Hospital in Everett when seemingly normal people landed on ventilators and died for no apparent reason. Unfortunately, that still happens.

The news of isolated, runaway vaccination complications underscores what is not in the headlines: There are no scary stories of tens of thousands of people with vaccination complication problems, just reports of small isolated incidents. 458 million people around the world have now been vaccinated before you. 140 million Americans have gone before you, including my son, daughter, brother, and my 78-year-old father.

This vaccine launch was faster, safer, and better than any other vaccine launch in human history. 43% of Americans are fully vaccinated today. According to the CDC, over 80% of Washington state residents have received at least one dose. Our radio station employees are vaccinated. There are no known major side effects in our workforce.

Conversely, I have a friend who still has no sense of taste a year after being infected with COVID. A friend’s wife is now considered a long-distance COVID runner who still suffers from chronic fatigue after being infected. You will recover from the side effects of Covid and be still alive instead of being six feet underground.

For those of you too young to remember the TV campaign, here are C-3PO and R2-D2 talking about the importance of vaccinations for children. https://youtu.be/b8ZD9RcC8P0. While I know this is a sensitive issue for some of you, we hope to have a vaccination rate as close as possible by the end of August.

There will be multiple locations including:

Researchers brought smallpox to North America and devastated indigenous peoples. Although this has been eradicated, polio remains in pockets around the world. While we did not have scientists and medical researchers during the plague, we made immense strides in controlling and treating new diseases. Do your part.

On the hunt for IFL history: three Spokane Shock members on the verge of record-breaking careers