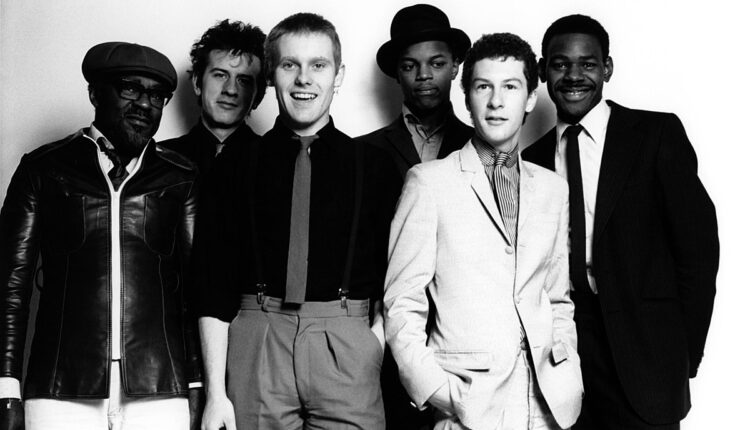 Everett Morton, a prominent ska drummer best known for his work with the beat – the English beat as it is known to American fans – has died at the age of 71.

No official cause of death was reported.

“It is with great sadness that we have to announce the death of Everett Morton, a beautiful and talented man,” read a tweet from the band announcing the news. “His family is of course in mourning. Please respect their privacy RIP GAFFAH!”

“He was a true gentleman, softly spoken, charming, always supportive and always there for people,” said Pete Chambers, curator of the Coventry Music Museum of each beat track. “

Morton was born in St. Kitts and moved to Birmingham, England in the mid-1960s when he was a teenager. He attended drum school and started playing in his cousin’s band, and soon he was being recruited by local groups. In 1978 Morton founded the Beat together with Dave Wakeling, David Steele, Andy Cox, Saxa and Ranking Roger.

A year later the band signed with Coventry’s 2-Tone Records. Their first single, a cover of Smokey Robinson’s “Tears of a Clown / Ranking Full Stop”, was released in 1979 and reached number 6 on the UK Singles Chart. Driven by Morton’s distinctive syncopated drum style, the beats stand out from the popular British punk bands of the era and incorporate elements of reggae, ska, Motown and Latin music.

“David Steele was a punk with a clear idea of ​​what he wanted and where he was going,” Wakeling once said of the mix of beat techniques. “Everett Morton was a left-handed drummer; he had set up his kit like a right-handed drummer but played it left-handed. His style was original and when you worked with it it sounded really unique. “

The Beat then founded their own record label Go-Feet, on which they released their debut album I Just Can’t Stop It from the 1980s. The LP spawned several future setlist classics including “Can’t Get Used to Losing You”, “Mirror In the Bathroom”, “Hands Off … She’s Mine” and “Best Friend”.

The Beat released their second album Wha’ppen? and supported it with an extensive US tour alongside the Pretenders and Talking Heads. Their last album, Special Beat Service, followed in 1982 and contained one of the band’s most famous hits, “Save it for Later”. During her initial five-year tenure, The Beat also toured the world with artists such as The Clash, The Police, REM and David Bowie.

“Bowie [came] into a locker room just to see us and Saxa didn’t know who he was, ”Morton recalled in a recent interview, recalling two shows the band opened for Bowie on his Serious Moonlight tour Go and Get the beer.”

After the beat broke up in 1983, Morton and Saxa formed the International Beat, led by singer Tony Beet. The band released an album in 1991, The Hitting Line, which was produced by Ranking Roger. In the mid-2000s, Roger and Morton got back together with keyboardist Dave Wright and performed together until Roger’s death in 2019.

In memory of the musicians, actors, producers and others who died in 2021.