State, district investigating after dogs died after exposure to waterways in the Spokane area, where blue-green algae have been confirmed 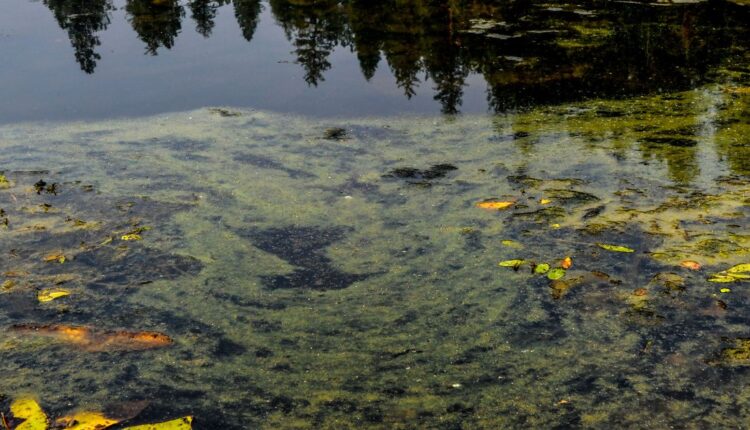 The state and county are advising the public to watch out for poisonous blue-green algae in waterways after four dogs died after exposure to water in the Spokane area where blooms have been confirmed, according to a press release on Saturday.

Pets are particularly at risk of exposure to potentially toxic blue-green algae simply because they usually don’t know any better.

“Dogs have a tendency to drink river water or lick their fur after they swim so they can ingest more,” said Teresa McCallion, public information officer for Washington DOH.

Despite the name, blue-green algae are actually not algae at all, but a large class of cyanobacteria that thrive in warm and stagnant water. The bacteria produce dangerous toxins in sufficiently high concentrations.

Rivers are usually able to avoid blooms as the cyanobacteria struggle to condense in flowing water, but the dry summer has reduced river flow in the state, according to the press release. This has created spots in rivers and streams that may be ripe for bloom.

Lindquist’s department is investigating the waterways with the Washington State Department of Ecology and the Spokane Regional Health District following the dogs’ deaths.

How dangerous a flower is for humans and animals cannot be determined by looking at it, so areas that show signs of cyanobacteria should be avoided.

Blue-green algae usually look like clumps of floating scum or greenish streaks of an oil-like substance in the water.

In addition to pets, children and the immunocompromised are particularly at risk of being exposed to toxic cyanobacteria.

The northwest of the country was infested with blue-green algae this summer, with the Idaho Department of Health issuing public health recommendations for Hayden and Fernan Lake in July.

Face Coverings Now Required In All City Of Everett Buildings