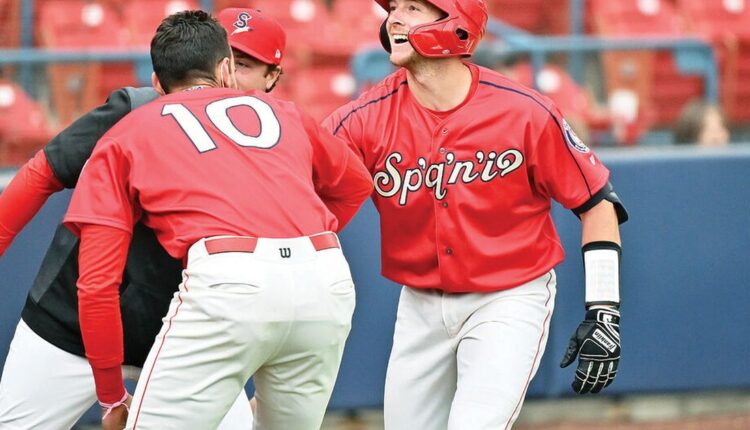 Spokane Indian catcher Willie MacIver was named High A West Player of the Week on Monday May 17-23.

The former University of Washington star had a total of three home runs, seven RBIs, seven runs and four walks when Spokane won the series 4-2.

In addition to his clout, MacIver caught two potential base thefts in Friday’s 3-2 win against AquaSox.

Brenton Doyle scored all three goals when he was on the base in Sunday’s 11-0 loss to Everett. It was his second triple accomplishment of the season. Doyle finished with two hits and a walk and continues to lead the team with a batting average of .294.

Doyle hit a homer with three runs and doubled in a 7-5 win on Saturday. Doyle has scored a goal in 14 of the 17 games he has played this season.

There is a three-way tie between Everett, the Eugene Emeralds and the Vancouver Canadians for the leadership of the High-A West League with 12: 6. Everett has a league-leading running differential with plus-56.

The Indians start a series of six games in Eugene on Tuesday at 7:35 pm