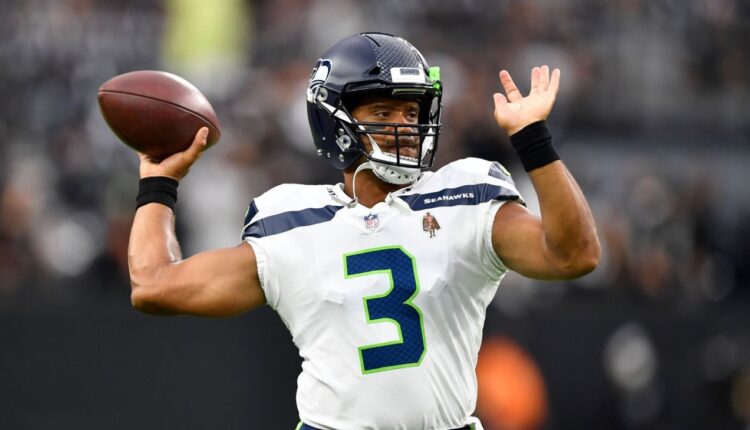 When Russell Wilson was driven into surgery on Friday, several doctors believed he would miss at least six weeks.

But when the surgery on Wilson’s broken right middle finger was completed, doctors believed the Seattle Seahawks star quarterback had a realistic chance of getting back in four weeks, sources told ESPN.

“That is the hope now and, depending on a few other factors, it is possible,” a source told ESPN this weekend.

The Seahawks and Doctors agreed that a four-week schedule was the best scenario for Wilson, who sustained the injury in Thursday night’s loss to the Los Angeles Rams.

Wilson tore a tendon in the middle finger of his throwing hand and also suffered a dislocated fracture in the Seattle 26-17 defeat. The eight-time pro bowler started therapy this weekend, and the Seahawks said in a statement Friday that “he is very much expected to return to play later this season”.

Wilson will miss the game against the Steelers in Pittsburgh next Sunday night, followed by home games against the Saints and Jaguars before Seattle is bid farewell in Week 9. If his rehab and recovery go well, it is possible that Wilson will return in week 10 to play at Green Bay against Aaron Rodgers and the Packers.

But for now, Wilson’s streak of 149 straight starts is snapped; he hasn’t missed a single training session in his nine seasons with the Seahawks. His streak of 149 starts in a row is the longest in an active quarterback. According to Elias Sports Bureau, only Peyton Manning, 208, has started more consecutive games to start his career among quarterbacks since the 1970 merger.

Wilson has suffered some notable injuries, including a sprained ankle and sprained MCL in 2016. But Seahawks trainer Pete Carroll said “everyone was together” in the decision to use Geno Smith on Thursday night when it became clear that Wilson would not have the ball could grab well enough to throw it. Carroll was firmly convinced on Friday that Wilson’s problem is not pain management.