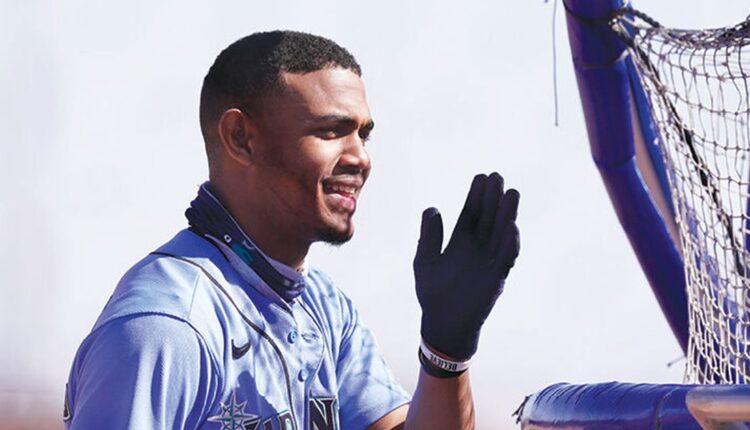 The Seattle Mariners’ system is full of elite prospects, especially with their High-A West partner Everett AquaSox, who finished a six-game series against the Indians in Spokane on Sunday.

Three of those prospects, right-handers George Kirby and Emerson Hancock and outfielder Julio Rodriguez, took part in a media call last week to discuss their status as prospects, how they fit into the M system and play on a team full of others Great prospects.

Q: You played with Everett in 2019 when it was still a partner in the short season. What have you learned since then?

GK: I’ve really made a change in my body. I lost some weight to get leaner and I think it helped with recovery between starts. I have just tried to control all of my pitches and limit the walks. I think this is something I’ve done a pretty good job with since 2019.

Q: What is your philosophy of being a control jug?

GK: I’m just trying to get my pitches into the zone and see if the guys can honestly beat me. I know my stuff is good enough to keep it in the zone and expand it when I have to.

Q: Have you been the “older statesman” on the team since you ran this route before?

GK: This is really my first full season, but I think I have a good feel for how many people are doing their business and when I see things I can give advice to the guys when they need it.

Q: As a player, do you have more responsibility to be on the top prospect lists?

GK: Yes I think so. It’s a great privilege I think. I mean, we all worked hard to get this potential ranking. We have a lot of good people in the system right now, so we play good baseball and it’s fun to watch.

Q: How does it feel to be part of the Mariners core group of prospects?

GK: We’re a bunch of special people. We all do things great differently. And it’s good to have a great following behind us. Everyone supports us and looks forward to when we play. But yeah it’s just a special group and it’s fun to see guys like Julio hit and hear from other guys on twitter who are fine too.

Q: How did you help each other out?

GK: We just give each other advice and bounce off each other’s energy, stuff like that.

Q: How badly would you like to be ranked as one of the top 5 candidates in baseball?

JR: To be honest, I don’t really think about it. It is good that people know you and think highly of you. But it comes down to what I can do to help the team win, and that’s what I’ll do. That’s my responsibility I guess.

Q: What inspires you to have an active social media presence?

JR: I like to have fun with it. I’m one of those gamer fans who like to reach out to me and talk to me. In this position that I am in right now, I find it really cool to interact with people because you can change someone’s day by simply replying to a message. That’s why I like doing things like that.

Q: What would you say if you had to make a scouting report on yourself as a player?

Q: Have you set goals for something in particular that you are working on this year?

JR: Every year when I’m done I want to be a little better than before. That is my goal. Be better Getting better and better. That’s my goal every year.

Q: Are you considering sharing the Mariners’ outfield with Jerred Kelenic?

JR: Naturally. I am definitely working towards that. I work the best I can. I want to get into the big leagues – that’s my main goal. And if I’m there to help them, I win too.

Q: As a little leaguer, is it difficult to be patient because you want to level up ASAP?

JR: I mean yes. You want to level up as quickly as possible, but if we think about the level ahead of you at the same time, you will never get out of the level you are at right now. So I just want to live day after day and now say we play here in Spokane and we play in High-A.

Q: What makes the Mariners’ prospects so fascinating?

JR: I feel like we have a very special group. We in Everett, even more players who are scattered across the smaller leagues, are a really, really good core and promise for the future. You can do a lot of special things because I’ve seen it with this team so far this season. I know we are getting better and better as a group and I am really looking forward to watching in the future.

Q: How do you react when some say the AquaSox are the most talented team in all of minor league baseball?

JR: I always like to go into the box. I just want to approach every game the right way, prepare for every situation and swing on the right pitches. I did that, I will continue to do so. Today is a new day. I’ll do the same, I’ll approach the game the same way. I will keep pushing to get better.

Q: Which players did you look up to as an adult?

Q: What do you think of being a high profile prospect?

EH: I think it’s always good to be recognized for the hard work and all the things we’ve put into it. Ultimately, you ultimately want to have an impact on a big league club and win a lot of games. It’s nice to have that recognition, but at the end of the day it doesn’t mean much. You just go out there and win a few games.

Q: How would you describe yourself?

EH: I love to throw, mix speeds, move the ball, and just try to keep the clubs off balance. I like to dive deep into the games, whether it’s quick outs or just a lot of strikes and then I try to have a bit of kirby and not run guys.

Q: Do the pitchers push each other or do they compete within the group?

EH: This is one of the advantages of having all of these people together because you can easily learn from them. I think George said it really well – we all do great things differently and we are all different pitchers and that makes it fun. Every man has his stuff to work on, we somehow get together and when a man is struggling with something you try to help him. It’s fun just to watch, throw, and compete.

Q: What do you think of Major League Baseball using the minors as a testing ground for new rules?

EH: If they think this is the best thing for the game to go forward and try certain things, I think maybe that is a good thing. But then it’s difficult because that’s how we’ve always played it. They know that you’ve always made certain pick-ups. They always had these particular procedures. I think the guys are struggling a little with that.

Q: What makes this group of players so special?

Q: You didn’t turn to the draft last year. How did you stay in shape after being discharged?

EH: We were put into a situation that not many people had been put into before, and you just had to find another way to get your body down. I’ve had a really good off-season this year and I feel very good coming this year looking forward to staying healthy and making every start.Q: Is there a difference between pitching in collage and pitching on a professional level?

Q: Do you think about the awards in the press?

EH: We’re really talented, that’s just part of it, so people are starting to see it. As part of trying to hold onto that “Most Talented Team” title, I don’t know how much weight that really carries. It’s just fun to be on this team. I think everyone is just grateful and excited to have the opportunity to play every night.

Q: If you’re playing in Washington and Oregon, are Mariners fans thrilled with the prospect?

EH: We have such a good following and people who support us. When you see (Logan) Gilbert and Kelenic being called and the excitement that came with it, that’s really cool. We can look forward to it and hopefully we can all get there one day. But the fan base was great. I know they are excited about the team we have now and hopefully the players we have.