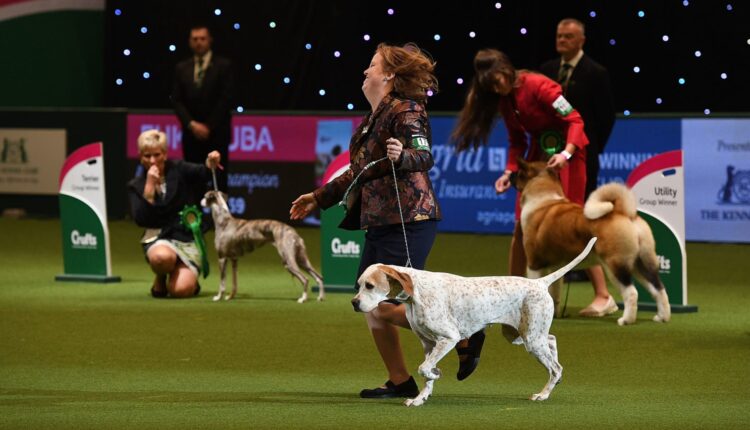 But what has prevailed?

These findings were previously published by The Canine Chronicle magazine.

GCH Limelites Cha Cha Cha, an Australian Shepherd bitch, won first place with the blue ribbon and defeated 191 other dogs in her category.

A collie with second place in red, a Beauceron with third place in white and a Shetland Sheepdog bitch with fourth place in yellow also received ribbons.

A Black and Tan Coonhound was also placed in second place, a Norwegian elk dog in third and a long-haired dachshund in fourth place.

The winner of the Non-Sporting Group was a Shiba Inu female named CH San Jo Love Me Tender who beat 97 other dogs in her group.

Other dogs placed were an American Eskimo dog in second place, a Finnish Spitz in third place, and a Dalmatian woman in fourth place.

212 dogs were accepted into the Sporting Group, but the blue ribbon went to a female pointer named GHCB Solivias What Thy Soul Lusteth After.

Also placed here were an Irish Setter, a Curly-Coated Retriever and a VIszla, in that order.

A Smooth Fox Terrier in red, a Cairn Terrier in white and a Rat Terrier in yellow also received ribbons.

170 Toy Group dogs were reported, none of which could beat a Pomeranian named CH Pomsadmirer’s Premium Jaguar Edition.

A Pug finished second in the group, a Japanese Chin finished third, and a female Toy Manchester Terrier came fourth.

The winner of the working group, which included 289 dogs, was claimed by a so-called bogie, officially known as GCHS Crivitz Humphrey Bogart Von Diablo.

The Pointer was named Best in Show at the Spokane Kennel Club 2021 dog show, while the Australian Shepherd was named Reserve Best in Show.

Congratulations to all won and placed dogs!