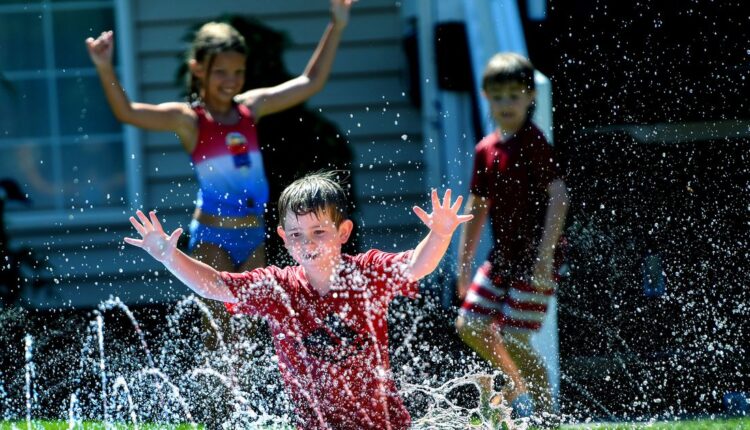 Last night was likely the warmest in Spokane history, with a 77-degree low early Tuesday morning, according to the National Weather Service Spokane.

The last time a night low of 77 degrees was recorded was on July 27, 1928. Temperature records for the Spokane area have been collected since 1881.

It was “the warmest night-time temperature we’ve ever had in Spokane,” said NWS Spokane meteorologist Greg Koch.

The records are being measured from Spokane International Airport in the West Plains and sensor data is sent every six hours, so a full nightly record won’t be available until late Tuesday morning, Koch said, which is why the weather service couldn’t say for sure 77 was the low temperature.

The third warmest night in Spokane history was Monday with a night low of 76 degrees.

“If you look at the history of the past few days, we had two of the three warmest nights in recorded history for Spokane,” said Koch.

While the lows are extremely warm overnight, the highs during the day are even warmer.

The maximum temperature on Tuesday is forecast to be 110 degrees, which would be the highest temperature ever recorded in Spokane’s history.

The highest recorded temperature in Spokane is 108 degrees on August 4, 1961.

The records are likely to keep falling for the rest of the week, but the high point is expected to be Tuesday and Wednesday.

“It’s going to be a sustained heat wave,” said Koch. “Today and tomorrow will be the highlight with 110 today and 109 tomorrow.”

A return to average temperatures for this time of year in the upper 70s will be slow, Koch said.

“The collapse of this heat wave will be very gradual. We expect temperatures of at least 100 to at least Saturday, ”said Koch. “We have a chance to dive into the mid-90s by Monday or Tuesday.”

Earlier this year, the Climate Prediction Center said with great confidence that there would be above-average temperatures this summer, Koch said.

“I don’t think that means that you are 20 degrees above average every day, as we last experienced here,” said Koch.

The record breaking heat caused Spokanites to turn on their air conditioners and keep fans running, putting a strain on the power grid, according to Avista, which initiated rolling blackouts on Monday without warning.

Most of the Avista and Inland Power customers who lost them on Monday had their power back on Tuesday at 8 a.m. Many utilities in the Northwest are asking their customers to save as much as possible, especially in the afternoon when temperatures peak.

Avista reported only 23 customers without power by 8 a.m. That’s less than 8,000 on Monday afternoon. The company said it anticipates rolling blackouts on Tuesday as its customers try to cool off from what is expected to be an even hotter day.

According to a nightly press release on Monday, Avista is planning “targeted protection failures” on Tuesday. Unlike on Monday, customers will be informed in advance that their electricity will be temporarily interrupted between 1 p.m. and 8 p.m. Customers should expect their electricity to be interrupted several times a day with an interval of at least an hour, said Avista.

Avista urged customers to save electricity between 1pm and 8pm on Friday. They encouraged people to proactively cool their homes overnight, avoid the use of heat generating devices, and turn up the thermostat a few degrees on air conditioners.