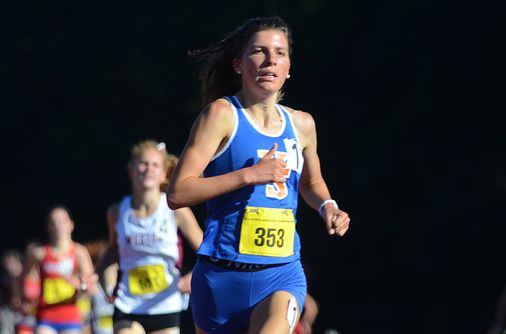 NORWELL – No girl participating in the 1 Mile Race recorded a start time of less than 5 minutes for the 2021 MIAA All-State Meet.

Amelia Everett, Newton South’s sophomore year favorite, executed her strategy perfectly on Thursday afternoon. She moved in behind the leading pacemakers – once Hinghams Pria Parker, later Weston junior Julie Hohenberg – until she took an easy lead in the third round with a 3:43 split. Everett had more than enough energy to start on the final lap and go to victory in 4 minutes and 55.89 seconds.

“We went out at a good pace, I was told if it was slower than 2:32 I had to pedal,” said Everett, who was still in breath after crossing the finish line. “It was 2:31, so I was kind of in the middle. Lots of really talented, fast girls. It was a good, fast race. “

Everett and Hohenberg were the only two runners to break the 5-minute mark. Everett’s time qualified her for the Nationals in Eugene, Oregon, despite recording a 4:53 mile at a meeting two weeks ago to punch her ticket. She said the state title was “a fun feeling,” especially because at the start of the season – when she couldn’t break the five-minute mark – Everett never expected the all-state get-together to take place.

As for the nationals in Eugene, Everett said she was doing without expectations.

“I’m very excited to qualify and drive to such a good racetrack town with a history,” said Everett. “I’m just happy to be there.”

Newton South’s sophomore year was just one of several standouts on day two of the all-state meeting, which included pentathlon, javelin, 800 yards, 2 miles, and 4×800 seasons.

In the girls’ 800s, Tewksbury senior Makayla Paige defended the title she earned in her sophomore year in 2019. She headed the field with Iris Bergman of Concord-Carlisle before pulling past on the last straight.

Paige, a University of North Carolina signing, said the championship felt “bittersweet” as it was their last 800-meter race in Massachusetts.

Although Bergman crossed over to Paige for a moment, she later helped lead the Concord-Carlisle Girls’ 4×800 season to a first place. The Concord Carlisle boys’ 4×800 relay also won gold and collected points for the Patriots who finished the day in first place.

Particularly dominant was the 4×800 group of girls with Nora Johnson, Emma Kerimo, Katharine Stevens and Bergman, who were five seconds faster than runner-up Newton South, with Everett anchoring for the Lions.

▪ Lowell’s Izaiah Strum fought off Sharon’s PJ McManus in the boys’ pentathlon. Strum, a Rhode Island club, won the 110-meter hurdles and took silver in the long jump with a personal best of 21 feet-2.33 inches.

▪ In the girls’ pentathlon, Katelyn Gorgenyi, senior from North Reading, won gold in the hurdles and with top three placements in the high jump and shot put. Her 5 foot (1.25 inch) high jump was over three inches better than her previous personal best. “I don’t know, something just ignited me today,” said Gorgenyi. 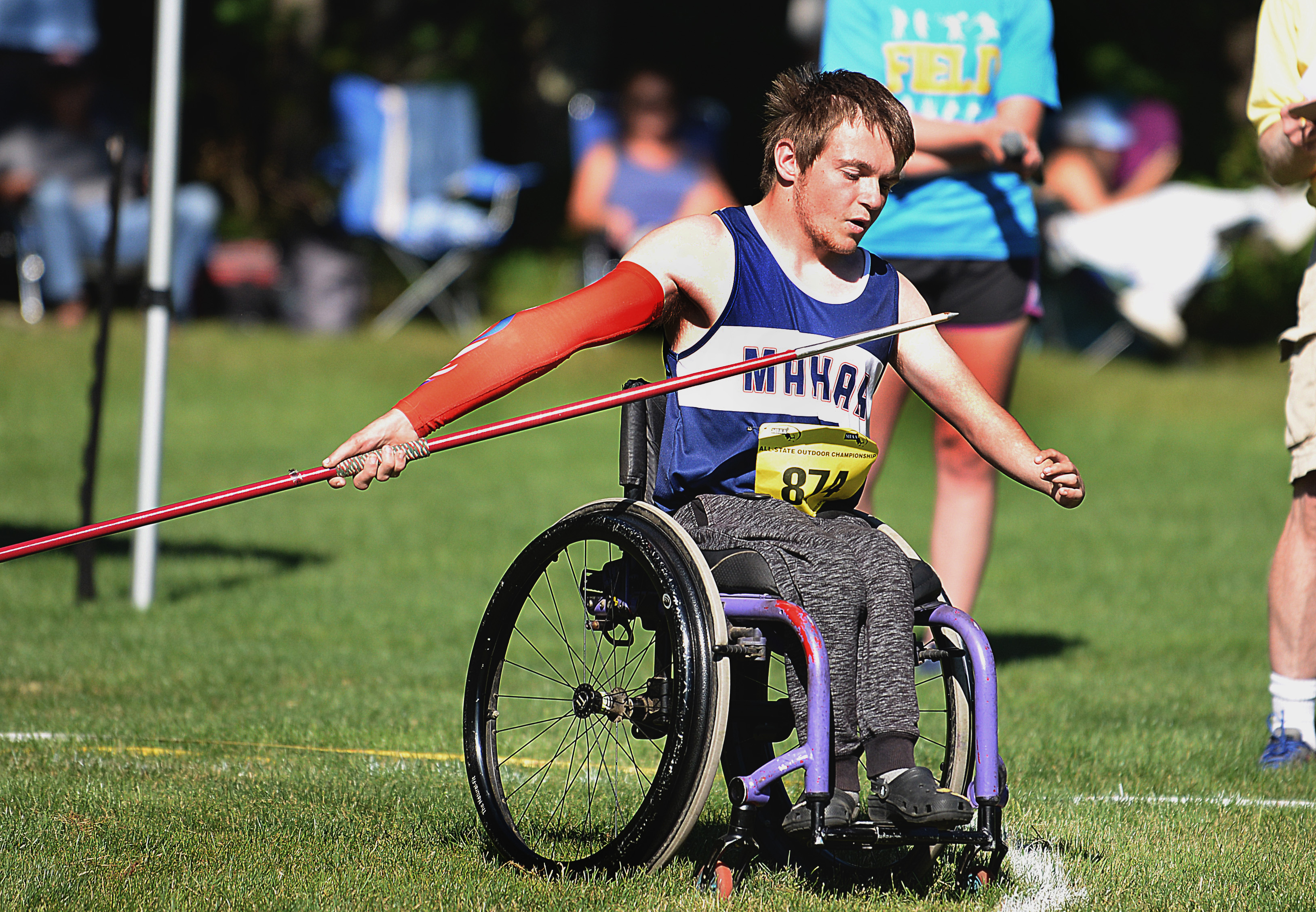 Mahar School’s Max Gilmore fires the spear at the MIAA all-state meeting in Norwell on Thursday.DebeeTlumacki

▪ Mahar’s parathlete Max Gilmore threw the spear 44.03 feet further than his start time. On Saturday he will also compete in the Paralympic shot put and the 100-meter run.

▪ Ayer-Shirley senior Liam Bourassa impressed with the javelin throw and released a 187.05-foot lift, which earned a lot of applause from the audience. Bourassa’s throw was nearly a foot farther than any other attempt on the field and five feet farther than his seeding distance.