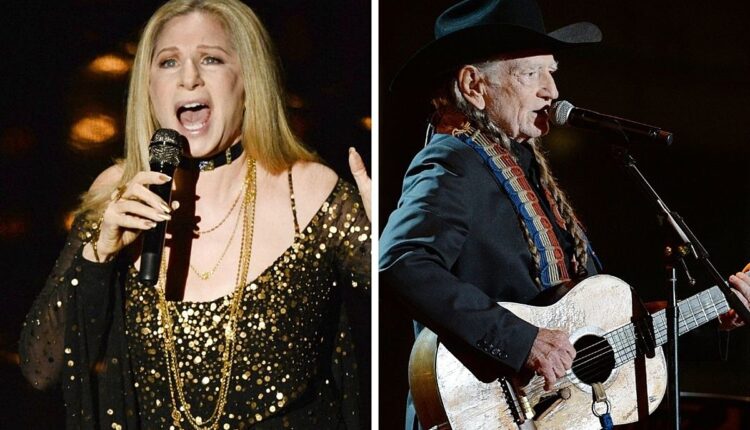 As one of the few EGOT (Emmy, Grammy, Oscar, Tony) winners worldwide, Barbra Streisand can do pretty much anything she wants in the entertainment industry. But does she want to do country music? The answer seems to be yes – at least a little.

On August 6th, Streisand will release Release Me 2, a collection of previously unreleased material dating back to 1967. It follows a similar collection from 2012, Release Me, and features a duet with none other than country legend Willie Nelson.

The unusual couple recorded a version of “I’d Want It to Be You,” a song written by Streisand and produced by Walter Afanasieff and Kenny “Babyface” Edmonds. The collaboration was scheduled for inclusion on Streisand’s 2014 album Partners, but wasn’t completed in time for the edit to be done.

Release Me 2 with 10 studio appearances will be released along with a 32-page liner notes booklet by Streisand and Jay Landers. The album will be available digitally, on CD, and in a variety of collectible vinyl prints.

PICTURES: Willie Nelson over the years

“We’re Still Standing”: How the Spokane Comedy Club weathered the challenges of the pandemic