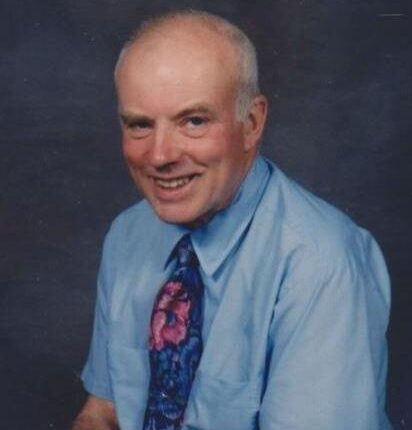 Everett Merrill Long of Swanzey, 90 years young, passed away on Thursday, September 30, 2021, at Lahey Hospital in Burlington, Massachusetts after a period of poor health.

He was born on September 28, 1931 to Chester Everett Long of Claremont and Ethel Olive Merrill of Sutton and grew up in Claremont. He was the youngest of two children. Everett graduated from Stevens High School in Claremont in 1949. Upon graduation, Everett decided to join the armed forces and was a first class aviator where he served from 1952 to 1956. One of his favorite places he was stationed was Paris, France. During his stay he had the opportunity to visit the Eiffel Tower and the Arc de Triomphe. He happened to meet his sister on the street in Paris, which shocked both of them because Paris is such a big city.

When called up, Everett moved to the Boston area to attend the Wentworth Institute, a mechanical engineering school. Everett was an avid fan of the Boston Red Sox, and the school was just a few minutes’ walk from Fenway Park. He told stories of watching a game and paying 75 cents for a grandstand seat. After two years in engineering school and confidence in his skills, Everett settled back in the Keene area, where he worked as a machinist at MS Perkins for 27 years. After the company closed, he was employed by the Tidland Cooperation in Keene until he retired.

When he first settled in Keene, he went to a small restaurant called Eno’s Diner, where he met his wife Viola. One day he was sitting at the counter and Viola was a waitress, she had left her order pad on the counter and Everett used the moment to write “I love you” on her order pad.

Everett enjoyed hunting and deer hunting when he was young – he never shot one and we suspect it was on purpose. His other hobbies were brook fishing and rowing boat fishing. He always enjoyed it unless there were bats flying in the area. Viola and his daughter Donna were petrified by bats and nearly knocked the rowboat over one summer evening when bats swarmed around the area. In the end, he unloaded the fishing tackle, coolers, tackle, and all of the other gear and loaded the rowboat onto the trailer while his wife and Donna sat in the car, hiding from the bats.

Summertime always included two weeks of camping, mostly in the Old Orchard Beach area but always in the Maine area. Everett had numerous friends and acquaintances who can simply describe him as “nice”. Sometimes Everett didn’t say much, but he didn’t miss much either.

Special thanks go to all of the staff at Edith Nourse Rogers Memorial Veterans Hospital in Bedford, Massachusetts for all of their loving care and treatment of Everett over the past nine months. To Michele Linnen, thank you for always going the extra mile, your efforts will never go unnoticed.

Everett leaves his 55-year-old wife, Viola Long, from Swanzey; his beloved cat “Snugglebug”; a stepson, Robert Pierce, of Westmoreland; a daughter, Donna Poges, and her partner, Roy Jache, of Danbury; a grandson of Damian Poges and his partner Melinda Dassing from Concord; a granddaughter, Monika Poges, from Basalt, Colorado; and a grandson, Jeremy Poges, and his wife, Stephanie von Keene. Everett also had six great-grandchildren: Candy Pierce of Keene; Kody Poges from Loudon; Trevor Poges of Loudon; Zoe Elliott of Concord; Leevi Elliott of Concord; and Sky Poges of Concord. He also leaves behind his older sister Barbara Wendler from Santa Fe, NM; and a niece, Carol Wendler, also from Santa Fe, NM

Fletcher Funeral Home of Keene was entrusted with the arrangements. At www.FletcherFuneralHome.com, happy memories and expressions of sympathy can be shared for the Long family.