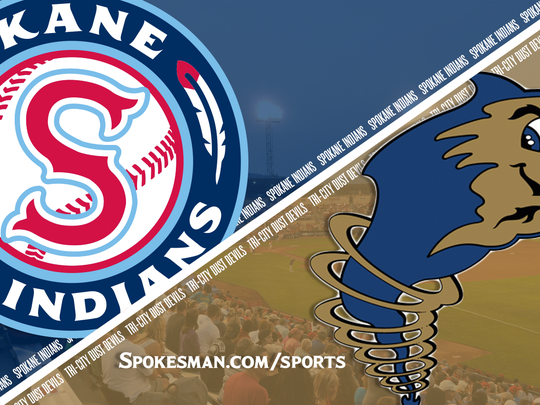 Carlos Herrera drove in two runs with three goals as Tri-City jumped early on the Spokane Indians en route to a 5-3 win in Pasco on Thursday.

Herrera opened the scoring in the first inning with an RBI double from Indians starter Trent Fennell (1-2). Fennell followed with a run-scoring wild-pitch before Kyle Kasser’s single Herrrra scored to top the three-run frame.

Spokane got a run back in the second after Jack Blomgren did a base-loaded walk with two outs. The Indians were unable to score another run with loaded bases against Dust Devils starter Davis Daniel.

Willie MacIver added a solo home run of three hits for Spokane (16-23). It was MacIver’s eighth win of the season, second in the High-A West and two behind team-mate Michael Toglia. Tri-City has moved to 14-24.