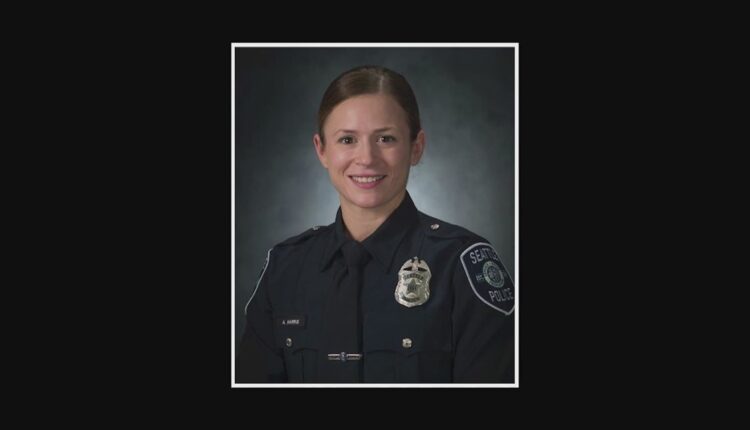 The suspect allegedly stole the car of an off-duty Seattle police officer after she was hit and killed in a pile-up with three cars.

SEATTLE – A suspect accused of stealing the car of an off-duty Seattle police officer who was hit and killed in an accident on I-5 was arrested Thursday, according to Washington State Patrol (WSP).

WSP arrested the suspect, a 49-year-old man from Seattle, around 9:22 p.m. Thursday for a crime, theft of a motor vehicle, possession of stolen property, possession of a stolen firearm and identity theft.

Alexandra “Lexi” Harris was killed on Sunday June 13 after leaving her car to help in a three-car pile-up on I-5 near Columbian Way.

The person who hit Harris stayed at the scene and cooperated with the police, according to the WSP. This investigation is ongoing.

The suspect, who was also involved in the accident, reportedly got into Harris’ car and drove away from the scene. Harris’ car was later found abandoned in the Georgetown area of ​​Seattle.

A funeral date has not yet been set. The Seattle Police Department and her family are planning Harris’s funeral.