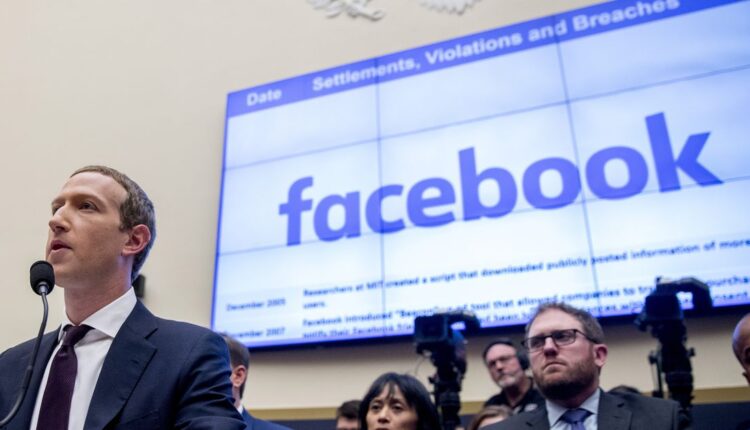 Faith groups embraced Facebook during the pandemic as they struggled to keep in touch with community members stuck at home. But the allegations of a former employee against the company are causing some pastors to consider opting out for good.

Frances Haugen, who took copies of thousands of internal documents with her this spring when she quit her job at Facebook’s Civil Integrity Department, claims that if the site officials delay finding or implementing solutions to the site’s problems this could reduce profits.

On Tuesday, she testified in Congress about these allegations and explained why she chose to file federal whistleblower complaints.

“Mark (Zuckerberg) has built an organization that is very key figure-oriented. … There is no one-sided responsibility, ”she said.

The documents she copied reportedly show that Facebook is sticking to this approach despite promising to address issues such as data leaks, conspiracy theories and belief-based harassment on the site.

Even before Haugen’s testimony, Facebook was in hot water. For years, policy makers and others have struggled against the company’s failure to protect user privacy or eradicate misinformation. Like other social media sites, Facebook has been accused of exploiting and, in some ways, promoting political polarization.

Some devout people and religious institutions have closed their Facebook accounts because of this and related concerns. In an article for Sojourners magazine last year, Danny Duncan shared some of their stories with Collum and encouraged other churches to take the plunge and stop using the site.

“When we lend our eyeballs to this platform, we are bringing them advertising money to help fund their corrupt and dangerous practices,” he wrote.

One of those dangerous practices is that posts from so-called “troll farms” – the foreign groups that use Facebook’s algorithm to spread misinformation – appear in the feeds of people who have never looked for them. A 2019 internal company report leaked to MIT Technology Review said that “Facebook was showing 140 million American troll farm posts every month. Most of the users did not follow any of the pages, ”says Ars Technica.

The same report found that 19 of the 20 most popular Facebook pages for American Christians in 2019 were operated by Eastern European troll farms, Relevant magazine reported last month.

“Our platform has given a handful of bad actors who have never been to church because of their media production practices the biggest voice in the Christian-American community,” wrote Jeff Allen, formerly a senior data scientist on Facebook, in the leaked report Relevant.

Some troll accounts have been linked to anti-religious hate speech. In 2016, the Council on American-Islamic Relations sent a letter to Congress urging policy makers to work with social media sites to do more to limit this harmful activity.

Faith communities also have to deal with online hatred that comes from the local area. Many people who have Facebook accounts for places of worship and other religious organizations have spoken about having difficulty responding to or deleting hurtful comments.

Facebook’s lack of urgency to address anti-religious hate speech is especially frustrating for faith leaders who have noticed how quickly the company is moving forward with other, more profitable projects.

For example, it only took Facebook about 15 months to develop and launch a prayer tool after it was discovered that many churches were answering virtual prayer requests during the COVID-19 pandemic.

The tool is part of the company’s wider effort to strengthen its relationship with faith communities, which are seen as the main drivers of user engagement, Reuters reported this summer.

While many religious leaders have praised Facebook’s interest in studying how places of worship use the site, many have also recognized that such attention ultimately benefits the company’s bottom line. A Facebook spokesperson confirmed to Reuters that the data collected by the new prayer tool will help the website offer personalized advertising.

“Every time Facebook brings something new to market, you know they hope to make money from it … to somehow sell you something,” Simcha Fisher, a member of a Catholic women’s group on Facebook, told Reuters.

Despite this reality, many religious leaders believe that the opportunities Facebook has created are just too good to be missed.

“We should go where the people are,” he said. “People are on Facebook. So we’ll go there. “