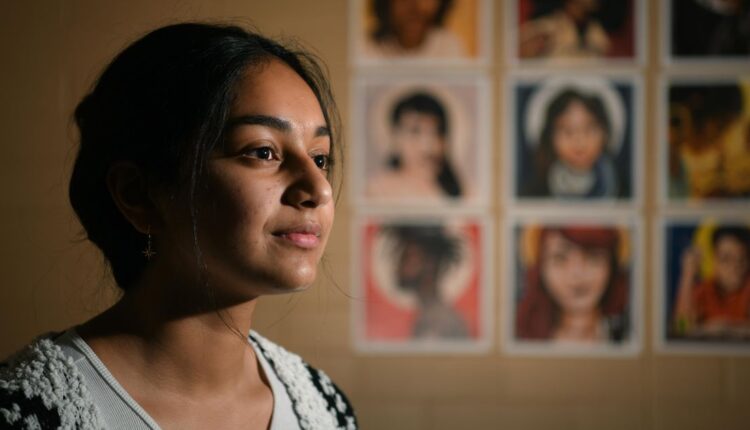 When immigrants and refugees arrive in Spokane, they often find it difficult to socialize in their new community. This can particularly apply to young people who find themselves in a school system that they do not understand and who speak a language that is foreign to them.

Gonzaga Prep Junior Neharika Sharma and a group of teenagers around the world hope to make this battle easier by connecting new immigrants with local residents through a new nonprofit called Youth Bringing Immigrants Together (YBIT).

Students from the US and Ukraine were invited to take part in a bootcamp hosted by Global Youth Entrepreneurs. There, Sharma teamed up with Larry Huang, a Taiwanese immigrant living in Vancouver, Washington, Daria Malevka from France, and Barbara Potochevska from Ukraine.

They soon found that they all had something in common: a family experience with immigration. This inspired her to start a non-profit organization dedicated to matching local residents with immigrants and refugees to ease their transition.

YBIT was selected as the winner of the non-profit competition “Global Youth Entrepreneur”. This competition attracts hundreds of applicants from all over the world.

Students in the United States and Ukraine were paired in groups of four to compete for a $ 1,000 scholarship and the opportunity to receive financial advice from Nike CFO Mehran Nikko and former Microsoft Vice President Dan’l Lewin .

This is how Sharma, Huang, Malevka and Potochevska have connected. They used their shared family experiences with immigration to create a nonprofit that connects locals with immigrants and refugees to make their transition smoother.

“We had to do business pitches, financial and business plans in a week, and it was overwhelming with time differences,” said Sharma, because two of the founders lived in Ukraine.

“Some of us didn’t have enough time to sleep because the competition was non-stop,” added Potochevska.

Sharma said the group was unaware of the financial aspect of the deal, and when they received $ 1,000 they didn’t know how to use it. As a result, Nike CFO and Microsoft VP told YBIT how to create a nonprofit, register it with the government, and properly distribute the funds.

Not long after YBIT won the scholarship, COVID-19 took the world by storm. However, this roadblock benefited the building of their nonprofit organization. It saved the group a lot of money as they built a positive reputation for themselves through social media.

Sharma’s parents immigrated to Spokane from India. She is a junior at Gonzaga Prep and enjoys participating in musical theater and Indian classical dance. She said it took her family about 13 years to immigrate to the United States. Understanding how difficult and stressful this process is for so many, Sharma tried to make this transition easier, especially for families.

When she first started working with YBIT, Sharma was surprised to find that, unlike her, most immigrants are quick to abandon their culture in order to integrate into American life.

“If I had left my culture behind,” she says, “half my life would be gone.”

Huang immigrated to Vancouver from Taiwan at the age of 3. Huang said that he had difficulty breaking the language barrier because his family spoke Mandarin Chinese. His school enrolled him in the English as a Second Language course, which required difficult adaptation to an unfamiliar environment.

“I found it difficult to deal with the language barrier. So I signed up for this innovation boot camp (Global Youth Enterprises) and met the YBIT team and from there I found this shared story in this area, ”said Huang.

The team decided the nonprofit would target youth desperately looking for a home in the community.

“With the stress and responsibilities that adults face, it’s easy for teenagers to feel lost in the equation,” said Huang.

Afghan families who fled their homes continue to arrive in Spokane, while the Taliban are gaining ground following the US withdrawal. Sharma said YBIT is “absolutely” looking for ways to help Afghan refugees.

When an immigrant family files their papers, they read about resources to help facilitate their transition. YBIT presents the Immigration Service records as a youth resource. This advertisement is the reason why YBIT operates in over 55 countries.

All four co-founders agreed with Lino’s testimony, saying that breaking down the language barrier was YBIT’s top priority. The weekly meeting with a mentor allows the mentees to become familiar with the language of their new home and provides a unique opportunity for teens to absorb the phrases, slang and nuances of the language they are learning.

Ahmed Hassan took part in YBIT’s refugee mentee / mentor program. Hassan recently moved to Ukraine from Saudi Arabia to study at university and is no stranger to moving countries. He was born in Germany and has also lived in Canada and the United Arab Emirates.

He said the YBIT team hooked him up with a buddy and they connected immediately.

“We shared a lot of cultural knowledge and gained a lot of new things,” said Hassan. “We both knew different languages ​​too, so we practiced that together too.”

In this mentorship, Hassan said he found a place to share his experiences and realized that the YBIT participants are “a family with the same goals”.

After finishing his mentorship, Hassan was asked to remain as a volunteer.

“We do our best to give the young people all the support they need and to help them integrate into a new environment they are in,” he said.

To facilitate communication, mentors must be at least bilingual. Huang is the Chinese phrasebook, Sharma is the Hindi leader, Malevka is the French and Potochevska is the Ukrainian.

Aside from language skills, YBIT is looking for teenagers who are personable, friendly, and excited to learn about another culture.

Potochevska lives in central Ukraine and plans to study at Taras Shevchenko National University in Kiev this fall. She understands the hardships immigration brings for watching her brother emigrate to Australia. She said the process was “really stressful” for everyone involved.

“It’s a big cultural difference for migrants,” she said. “Just for me, communicating with Americans is sometimes difficult for me, and sometimes I don’t understand (their) mentality.”

YBIT is proud to welcome a new group of mentees and mentors for the school year 2021-22. Your mentee application form is open to young refugees and immigrants. Applications to become a mentor are closed, but teens are welcome to contact YBIT to see how they can help. Visit YBIT online at ybitinternational.wixsite.com/ybit.

100 years ago in Spokane: Railway workers threatened with strike and authorities caught a gang of “Bunco men”