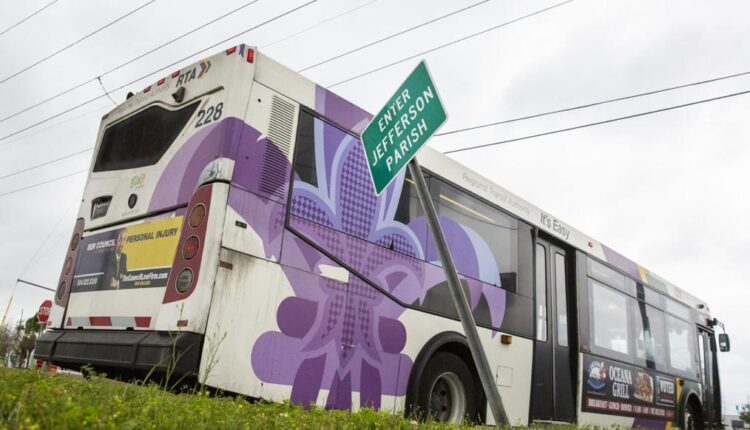 Public transport officials are seeking funding for a fast bus route to connect passengers in east New Orleans with downtown and the West Bank, one facet of a broader plan to strengthen public transport in remote neighborhoods.

The regional transport company plans to ask the federal government to pay the bill for the new line. Although officials didn’t say how much faster they’ll try to get drivers downtown, where stations might be, or how much it might all cost, they plan to investigate these issues over the next year.

The New Orleans bus system has long had “express routes” that make fewer stops, use the city highways, and get passengers downtown in just under an hour. But the new express buses will attempt to bring the capacity and speed of a subway system up to the affordability of a bus system, officials said.

Express buses would have their own lanes on the streets of the city so that the operators can avoid traffic jams. Passengers would pay the fare and board the new buses from stations designed to mimic the train stations of other cities. The buses would also make fewer stops to ensure on-time arrival and departure.

Officials say their goal is to encourage more people to take public buses to work or school. The agency is focusing its efforts on New Orleans East and the West Bank, as drivers in these areas have struggled for a long time to get to their destination on time.

“I think this is vital to the survival of the transit system,” said RTA board member Sharon Wegner. “We have to come up with something attractive for those who have to go to work and other places, but want to drive because they think the bus system is not sufficient.”

The plan is in line with New Links, the massive network redesign that the RTA approved earlier this year after a lengthy study. As part of this plan, dozens of routes have been optimized so that more drivers can get to their destination within 20 minutes. The RTA implements the changes piece by piece, depending on how the financing allows it and the number of passengers requires.

Twice a day we send you the biggest headlines of the day. Register today.

In considering what is known as “fast bus service”, the RTA is joining a growing number of public transport companies across the country that have taken over the service. There were 13 such systems in operation in the U.S. in 2019, twice as many as in 2010, according to the American Public Transportation Association.

RTA staff intend to study how best to implement this system over the next year with the aim of making recommendations to the agency’s board in August 2022. The study will include cost estimates so the RTA knows how much federal funding to apply for.

Officials plan to hold public meetings on their proposal in mid-November, late January and late May. An advisory board of major employers and institutions in the region will also discuss the project several times over the next year.

Such a public contribution could be critical to the success of the project: in 2019, plans to speed up the routes along Canal Street between Carrollton Avenue and the river were put on hold as local residents said they didn’t have enough opportunities to get away to interfere.

The streets of New Orleans are designed for danger. Our roads are designed to accommodate as many cars as possible, often to the exclusion of any and …

However, any plan depends on the federal government actually approving the project. But the RTA is hopeful given the government’s track record: the Federal Transit Administration agreed to fund 35 such projects last year, up from just seven projects in 2008, said RTA staff member Dwight Norton. And in September, federal officials agreed to spend $ 24.9 million on nearly 10 miles of rapid transit railway connecting the eastern neighborhoods in Vancouver, Washington, with downtown Vancouver.

“Creating true express bus transportation in New Orleans would be transformative for many reasons,” said Laura Bryan, an RTA board member and director of the city’s transportation bureau. “It’s about creating a transit that takes people where they want to go.”