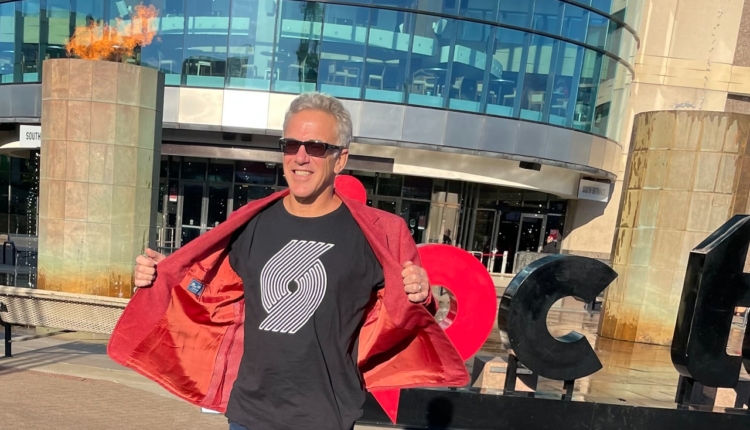 If you know ESPN SportsCenter host Neil Everett, you probably know that the Oregon graduate is a die-hard Ducks fan.

But maybe you didn’t know that Everett grew up a Portland Trail Blazers fan long before he went to Oregon.

Everett fondly remembers attending the Blazers Games at Memorial Coliseum with his father, where he admired stars Bill Walton, Maurice Lucas, Dave Twardzik and Bobby Gross while they were being staged by Coach Jack Ramsay.

“I can still see them clearly during the day,” said Everett on Monday in front of the Moda Center. “And Jack Ramsay is following the sidelines. One evening I even took Jack Ramsay’s wife to a game, which is a story in itself. “

Everett’s love for the Blazers closed on Monday when the franchise announced that he had joined their television team.

Everett will be the studio host for the pregame, halftime and postgame segments for approximately 25 Blazers road games that air on Root Sports.

Everett, who graduated from Willamette University in Oregon after moving to Oregon, joined ESPN in 2000 as an anchor for ESPNEWS.

“Having someone with Neil’s knowledge and experience with the Trail Blazers will take our television broadcasting to the next level,” said Chris McGowan, President and CEO of Trail Blazers and Rose Quarter, in a prepared statement. “His personal connections to the Pacific Northwest, coupled with his expertise, will complement the great talent of our broadcast team.”

The Blazers’ studio broadcast crew for the home games consists of Brooke Olzendam and Michael Holton. Olzendam will also do side coverage during the games, with Kevin Calabro doing the play-by-play and Lamar Hurd being the analyst. At street games, Olzendam will only report on the side, while Everett steps in as a studio presenter in Portland with analyst Orlando Williams.

The Everett-Blazers union was formed after Everett recently renegotiated his contract with ESPN and requested to work fewer nights after 21 years with the network.

“ESPN accommodated that,” said Everett. “And I said, ‘I’d also like your permission to find something on the site that interests me, and that was something that I was more than interested in.”

Everett has remained a loyal fan of the Blazers, but lamented the fact that he was rarely able to attend live games, as he lived mostly in the east, Los Angeles, and Hawaii. But he has been following the team closely.

“Portland has always been in my blood,” said Everett.

Everett’s path to this new job with the Blazers began with a conversation with his friend Dan Anderson, who lives in Seaside, where Everett owns a house. Anderson told Everett that the Blazers were looking for a studio host.

Fascinated, Everett turned to Jim Etzel, CEO of SportOregon. The two became friends while Everett hosted the Oregon Sports Awards for several years. That connection led to a meeting with McGowan.

Despite all his experience, Everett said he was nervous about the new job and didn’t want to screw it up.

“I’m very grateful to ESPN for giving me permission, and hopefully Portland made no mistake in giving me some space,” said Everett.

The Blazers have yet to announce who will stand in to host street games if Everett is unavailable.