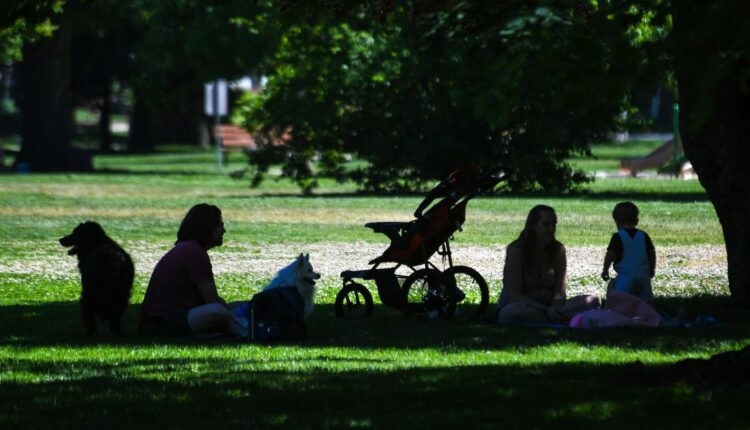 The National Weather Service upgraded Spokane to an excessive heat warning from Friday that will last until Thursday, reflecting the magnitude of what forecasters say could be the worst heat wave in local history.

NWS Spokane announced the excessive heat warning on Thursday afternoon, saying it was “highly confident” that temperatures will hit 100 degrees daily from Sunday through Thursday.

Forecasters want Spokane residents to know this won’t be like a heat wave they experienced before.

“This has the potential to become the worst heatwave on record in Spokane,” said Travis Wilson, science and operations officer at NWS Spokane.

NWS meteorologists said residents should be wary of the temperatures during the day and the unusually warm low temperatures at night. The natural “night-time air conditioning” that many rely on to cool their home while they sleep will not be as effective.

The NWS predicts the night lows in Spokane for Monday and Tuesday at 73 degrees.

The extreme temperatures and arid conditions caused the Washington State Department of Natural Resources to issue warnings and new burn restrictions for some areas. As of Friday, burning rules will not be allowed in the Highlands and Methow Fire Danger Rating Areas in northern Washington, nor will campfires unless they are in an approved location.

As of Wednesday, outdoor burn bans in DNR areas were in place in all of Washington with the exception of five counties on the West Side. The agency has also increased the fire hazard for many counties west of the Cascades from low to moderate.