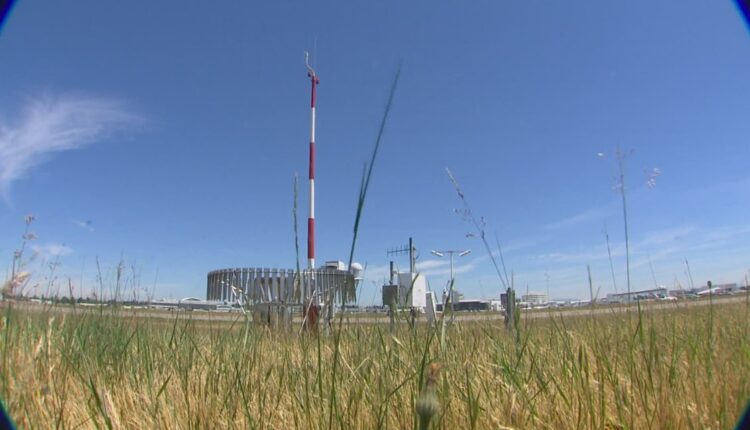 Depending on where people live, it can be cooler than the SeaTac reading, which can be affected by the heat from the airport tarmac.

SEATAC, Washington – Whether or not West Washington breaks a heat record this weekend depends on conditions at a weather station in the middle of the Seattle-Tacoma International Airport (SeaTac).

“Of course everyone’s going to get hot,” said Washington State climatologist and University of Washington professor Nick Bond. “It’s going to be a historic heatwave. I wouldn’t be surprised if we didn’t get over 100 at SeaTac. ”

However, people might find that wherever they live it feels warmer or cooler regardless of what SeaTac is reading. Bond admitted that the National Weather Service station could be a few degrees off.

“When the wind comes from the north, SeaTac tends to be particularly hot,” said Bond.

The taxiways and runways at the airport, which consist of huge concrete slabs several meters thick, can also get mixed up with temperatures. Even in winter, Bond said, SeaTac can be warmer than other parts of west Washington.

“It turns out that Sea-Tac is definitely a warm place in winter, the cold air flows off the plateau there, and we find that there are many places around the sound that are much colder than SeaTac”, he said hey.

Many locations in western Washington are also affected by hills, valleys, mountains, and water, which can make the temperature warmer or cooler than other locations in Puget Sound.

Bond said the SeaTac runways are unlikely to be the warmest place in the area this weekend.

“There are many other hot spots in the area. And it turns out that the lower elevations of the Kent Valley, the Auburn region, and so on are even hotter. “

While SeaTac may not accurately reflect the temperature of each location in Puget Sound, consistency is important in determining long-term trends. SeaTac has been the official weather station for almost 75 years. Previously, weather records were kept in the old Federal Building in downtown Seattle.