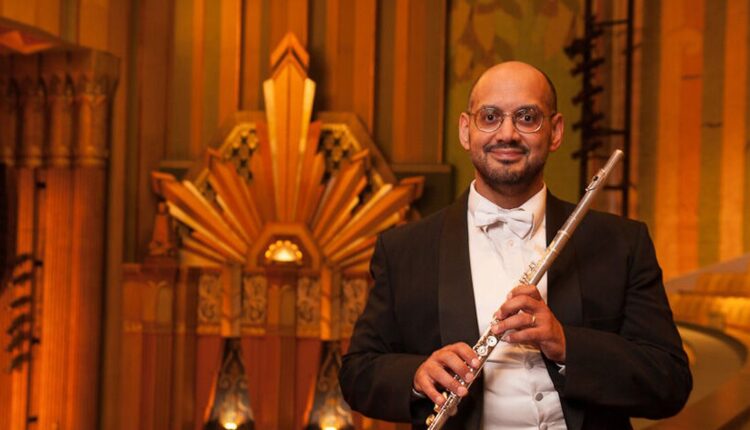 Bruce Bodden spent his childhood “raised by wolves”, romping with his siblings in Seattle before picking up the flute in fourth grade. Why the flute? For after years of watching his older brother carry a trumpet and giving it up from exhaustion, the relatively small size of a flute case seemed infinitely more manageable.

“When it was my turn, my parents said, ‘Okay, find an instrument that is easy to carry,'” he said. “So I just looked at the suitcases and selected the smallest.” Convenience was paramount, but his love for the instrument really began when he started taking lessons from Dorothy Bjarnason in sixth grade.

“She taught me to have standards, not to be satisfied with something that wasn’t as good as I could get,” he said. “So when I was 12 years old, old enough to see what I wanted, I knew, ‘OK, if you want to do this, you have to take it seriously.'”

And he took it seriously, played, listened and criticized his work before playing over and over until it was finally as good as he could make it. “And now, you know, I’m not very good at just playing badly and just saying, ‘Oh, well, maybe tomorrow.” No, it has to get better at least before I give up. “

After high school, Bodden received his Bachelor of Music from Bonita Boyd at the Eastman School of Music. He then studied at Boston University, where he completed “about half a master’s degree” from Leone Buyse.

Bodden has been the solo flutist of the Spokane Symphony since 1990. But in 2013 he decided to add new skills to his arsenal and enrolled in the Spokane Falls Community College’s Physical Therapist Assistant program. He got his license in 2015 and now works at Deaconess Hospital.

His journey to physical therapy began out of necessity, but the work, he said, was remarkably fulfilling. “I realized that if I had decided not to make music and instead started doing physiotherapy when I was 20, I would be totally happy and fulfilled. I wouldn’t be a frustrated musician. I would be a fulfilled physiotherapist. “

In a heaven-sent scenario of the best of both worlds, Bodden now lives a full life both as a musician and as a physiotherapist. “The overlap is amazing,” he said.

In both cases, he said, one must constantly pay attention to several things at the same time and then also be able to remember what is observed and precisely record it. You need to read and take notes, remember dynamics, listen and watch a hundred different things happen around you.

“There is more at stake in therapy; it could have health consequences. On the other hand, if you screw something up in a piece of music, nobody but you will really get hurt, ”he said.

Switching between the visual arts and the sciences may seem like a big step, but the kind of academic rigor he’d grown accustomed to during his musical training came in handy. And compared to music, he said, studying for his PT exams seemed almost easy.

“We had a cutoff point for all of our exams at school – you had to reach 80% or you failed. But in music? If you play a piece of music and get 80% of the marks, you are terrible. “

Bodden remembered listening to one of his students practice a piece of music and record every mistake. “I thought, you know, ‘Let’s calculate how many notes are on a page.’ It was very consistent, all sixteenth notes, so I could guess, do a quick math and say, ‘Okay, there are so many bars per line, so many lines per side, so many notes in the whole piece.’ ”

“Second, don’t be afraid to be interested in something new. For many of us, once we have committed ourselves to music, we are scared because it feels like betrayal. But I’m here to tell you that you can find a career in an entirely different field that is just as rewarding. “