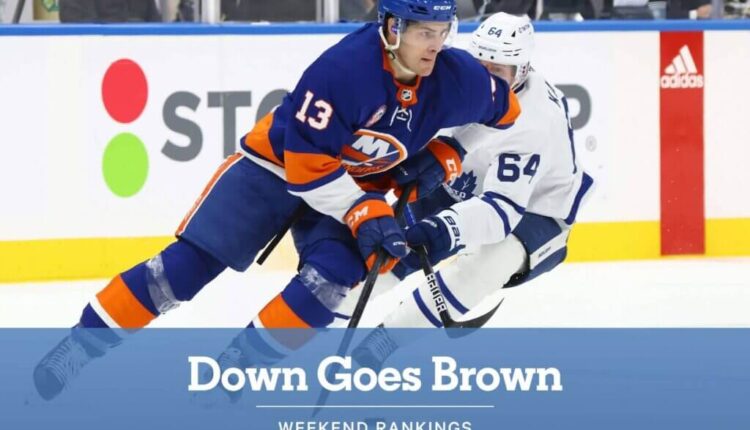 One thing you might have noticed in the first month of this ranking is that there was very little mention of the New York Islanders. That was on purpose, and not just because their fans are notoriously mean to me. It’s because I’m not really sure if the first month of their season counts.

I mean, it matters in the sense that it goes into the books just like any other part of the regular season. But remember, we’re in long-term business here, trying to separate the eventual cup contenders from the rest of the league. And I’m not sure how much useful information we can really get from a team that won’t be able to play a home game until the end of November. Road trips are a part of life in the NHL, but 13 games? Hopping from Florida to Vegas, Montreal to Winnipeg and back to Florida for five weeks while every other team enjoys the occasional homemade meal and home ice cream crowd? What do we want to do with it?

Not much I guess if you’re a fan of the Islanders. The road trip wasn’t good and only brought five wins in 13 games. That includes a four-game losing streak in which the Islanders just looked gassed, beat 19-4, and didn’t look like the good team they were supposed to be.

And they were expected to be good. After years where all the smart people were just labeled as middle class contenders and then exceeded expectations, this was the year it looked like everyone was caught up. Some experts selected them to win the trophy.