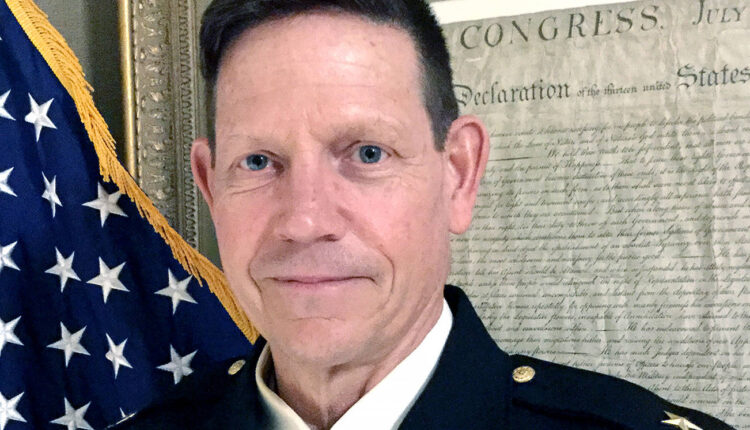 EVERETT – When deputy chief Mark St. Clair joined law enforcement in 1979, the job was a little different. Handguns with six shooters were standard, a far cry from today’s semi-automatic pistols. Bulletproof vests – now a staple of the uniform – were optional back then, he said.

Since the edicts have changed, the 64-year-old St. Clair has stayed. He served 42 years in total, five years at the University of Washington at Seattle, and the last 37 years in the ranks of the Everett Police Department.

On Friday, the deputy boss put on his uniform one last time. At the end of the day, St. Clair retired from what he said was his calling.

“This is a very challenging career and I like a challenge,” said St. Clair. “I also had the feeling that I was making a contribution to the department, to the city and to my job. Although I might be able to go on longer, I’m getting older, a little exhausted, and thinking it’s my time. ”

He spent decades in the patrol and investigative departments, including several years with the Snohomish Regional Drug Task Force, and was a graduate of the FBI National Academy. St. Clair said he forged the strongest bonds during his 25 years on the local SWAT team, guiding officers through damage and some of the police’s most tense situations.

“The hardest steel is made in the hottest fire,” said St. Clair. “I’m only drawn to these challenges, which are a little more difficult than the everyday things.”

In St. Clair’s work, the difficult and uncomfortable things are commonplace, but he said that arduous policing, compassion, and dignity can overcome arduous encounters.

He said the greatest achievements of his career have been the moments of feedback from his peers, the public, or even from people he has arrested – that his approach has had a positive impact.

“I came in here to be a great cop and I think that’s what great cops do,” said St. Clair.

After three decades as colleagues, Templeman and St. Clair have worked side by side in the administration of the department for the past 10 years. In 2014, Templeman named St. Clair as one of his deputy chiefs.

St. Clair wouldn’t boast of itself, but Templeman said the deputy chief had provided vital assistance to detectives who regained the Ground Zero flag of September 11, 2016, a major investigation with national implications. Templeman also said St. Clair was instrumental in the compromise that united the city and county SWAT teams in 2014.

“Master athletes who practice and work their entire lives to do what they do and are the best at what they do, they can do it without making it look difficult,” said Templeman.

After a 40 year career, St. Clair has no plans to slow down. Retirement is spent climbing the local peaks. In the winter months, St. Clair would like to explore the peaks of other countries.

As his last day drew near, said St. Clair, the unknown came with excitement but also hesitation.

“I see this as a parachutist jumping off an airplane,” said St. Clair. “As soon as you jump out, you don’t go up on that plane anymore, you go down and hopefully your parachute isn’t tangled.”

100 years ago in Spokane: swarm of bees – you read that right – blocked traffic in the city center