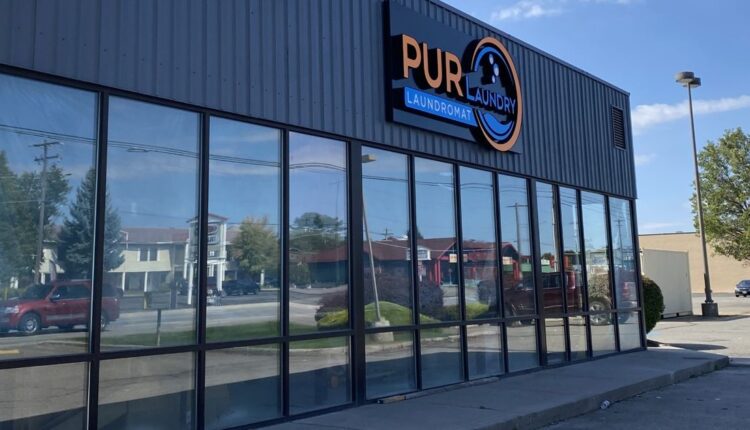 A high-tech laundromat with free WiFi, big screen TVs, and machines that text customers when their laundry is done is coming to Spokane Valley.

Bremerton-based PUR Laundry Laundromat is expanding into the Spokane area with its first location due to open later this month in a building formerly owned by Payless ShoeSource at 13020 E. Sprague Ave.

Once open, the laundry has affordable rates and a system that works through rechargeable cards instead of coins. The laundromat will also have a live video feed from its website for customers to see the machines in use.

“It’s a more upscale, more comfortable environment. (PUR laundries) are all well-kept. The devices are the most energy efficient on the market, ”says Travis Cromwell, owner of PUR Laundry Laundromat. “For example, if you put your clothes in the washing machine, it will weigh your clothes and add as much water as needed based on weight. (The washing machine) will text you to let you know the load is ready and when it’s time to put it in the dryer. “

The Spokane Valley laundromat will have washers and dryers of various sizes, including two 135-pound washers that can each hold 14 loads of laundry, Heldstab said.

“It’s huge,” she said. “Someone could wash two households’ worth of things and be out in an hour.”

Cromwell’s idea for a high-tech laundromat came after his friend, who also works in the Boise laundromat business, suggested that he look into the concept.

“I checked it out and I liked the idea of ​​a different, more reliable source of income,” he said.

Cromwell spent a few years researching the profitability of running a high-tech laundromat. He bought equipment and found a building in Bremerton after a contractor he worked with recommended the location.

“It’s well received here in Bremerton,” said Cromwell. “I can’t tell you how many people come in and say, ‘Thanks, we needed that.'”

The Spokane Valley laundromat will have a tentative opening in about two weeks, with a grand opening in October, Cromwell said. He plans to open a second PUR laundry location in Division Street in the next six months.

“It is important for us to integrate into the community and we hope to do so in Spokane Valley and Spokane,” he said.

ICUs Are Filled With Covid — And Regret