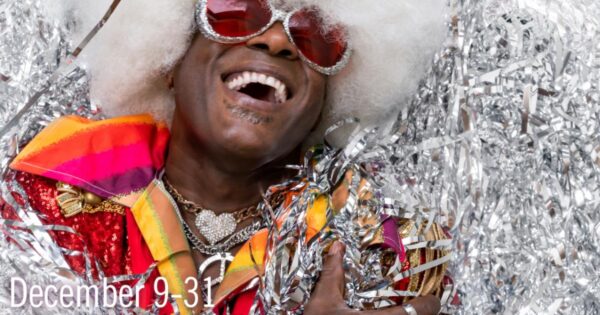 Looking for unique music for the holidays? Everett Bradley, performer with the E Street Band and Bon Jovi, is ready to give us a little Christmas cheer, or rather Christmas radio. The Grammy-nominated rock percussionist has announced the return of his popular holiday funk revue, Holidelic.

A run of 12 shows will take place at the Lucille Lortel Theater in NYC from December 9th to 31st. This is part of the Christmas performance series Tinsel: A Global Holiday Celebration, which runs from December 6th to 31st and features bubbly live music and performance and dancing with leading artists from around the world.

Bradley will only bear his Papadelic name for the residence. Funk’s renamed Santa Claus is a funk character that combines the personalities of George Clinton and Santa Claus, with, of course, Christmas-themed radio songs written by Bradley.

A flashy, bass-heavy retro-futuristic take on the holidays

Holidelic debuted in 2002 to bring some excitement after 9/11, something about his large furry white coat, sunglasses, and 6-inch platform shoes has since sold out. I mean, maybe it’s from his celebrity with Bon Jovi, Hall & Oats, Quincy Jones, and Snarky Puppy. Regardless, this GRAMMY winner knows how to excite an audience by showing exceptional talent, exuberance, and heart on every tour, session, Broadway show, or even TV show. The holidays wouldn’t be the same without him.