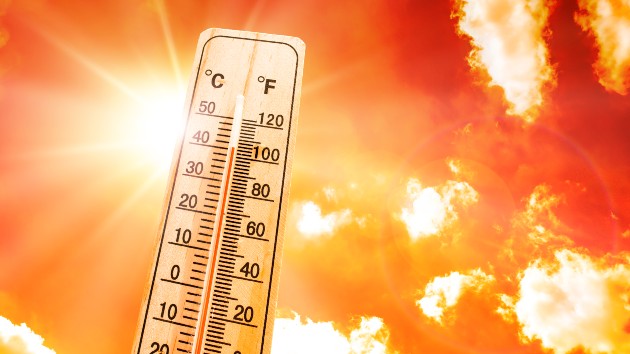 (NEW YORK) – The heat wave that hit the northwest this past weekend and this week is one for the record books and likely has links to climate change, experts say.

“This heat wave is just amazing,” said Robert Rohde, Ph.D., senior scientist at Berkeley Earth in California. “The heat wave brought the largest temperature rise above normal highs that has ever been recorded anywhere in North America during the summer. By what was normal in the 20th century, a heat wave like this in the Pacific Northwest would only occur once in 1,000 years. Global warming has made such events more likely, but they should still be considered fairly rare. “

This heat wave broke records not only in the US, but also in Canada. There were historic all-time highs from the Lytton, British Columbia heatwave that hit a muggy 121 degrees on Tuesday afternoon – the hottest temperature ever recorded in Canada and the third day of consecutive all-time highs in the city. By comparison, the temperature in Lytton rose higher than some parts of the southwest desert, such as Las Vegas, where the hottest temperature on record is 117 degrees.

According to the National Weather Service, heat kills more people on average than any other weather disaster in the United States

Heat waves in the US are becoming more frequent, longer lasting, and more intense than ever – a clear symptom of climate change. While this historic heat wave is fairly rare in the Pacific Northwest, such events could be more common, according to Zeke Hausfather, Ph.D., director of climate and energy at the Breakthrough Institute.

“The summers in the Pacific Northwest have warmed up [3 degrees Fahrenheit] in the last century, with almost all of the warming occurring in the years since 1970, ”said Hausfather. “The heat wave currently occurring in the Pacific Northwest would have been an unusually severe heat wave without historical warming, but in addition to warming, it breaks old records for the region.”

Housefather said that a heat wave of this magnitude due to climate change might not happen every 1,000 years, but rather every 100 years.

“If we keep increasing global emissions, this could be an event in a decade by the end of the century,” said Hausfather.

A small increase in the Earth’s average temperature can dramatically affect both hot and cold climate extremes, increasing their likelihood exponentially.

“Rare events can greatly change their frequency with small changes in the mean value,” said Rohde. “As the average global temperature rises, extremes will prevail in both cold and heat. However, these extreme heat events are more common and more severe and are therefore likely to cause our average temperatures to rise in the years to come. We have already seen that average temperatures have risen over the past decade. “

Although the link between the cold spell and climate change is less clear, it appears that two of the most influential weather events of 2021 were at least partially due to extreme temperatures.

Celebrate the reopening of the state, COVID-19 wanes