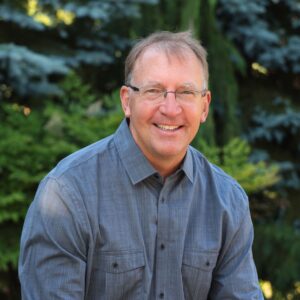 Editor’s Note: On September 19, candidates for the general election for Mayor, Everett City Council District, Everett School Board and Port of Everett Commissioner were invited to submit a statement of up to 500 words to MyEverettNews.com declaring themselves introduce to our readers. Not all candidates responded, but we are posting unedited statements from those who responded by our deadline. MyEverettNews.com does not endorse candidates, but believes this is a great way for you to hear directly from the candidates. All offices are non-partisan.

Personal statement for My Everett News

After returning from service in the US Army, Greg lived in Everett, working first at Pay ‘n Pak Hardware in South Everett and then at the Weyerhaeuser paper mill in North Everett. He joined the Everett Police Department in 1989. Greg proudly served the Everett people for over 32 years, working his way up to the rank of Captain. During his years with Everett PD, he worked the night shift in downtown Everett along the Evergreen Corridor. He was also the narcotics department supervisor before being promoted to lieutenant. Greg retired from the Everett Police Department in June of that year to accept a position with the Lake Stevens School District as their safety and health specialist.

Greg lived in Everett for most of his professional career, which is very unusual in the Everett Police Department. Greg says, “As a cop, living in Everett was important to me. Because I lived in Everett, supported Everett businesses, and served in the Everett Church, I felt much closer to the ward I was serving and better informed about community issues. “

Greg is a graduate of Everett Community College. He is very proud and very satisfied with the community service and continues to work with many organizations that provide exceptional service to our city. In 1995 and ’96 he served as chairman of the Snohomish County’s PUD Citizens Advisory Committee. He joined the board of directors of Snohomish County’s Boys and Girls Club in 2005 and served on that board until 2013 after completing two years as chairman of the board. Greg has been a member of the Everett Rotary Club since 2013 and is currently the club president. He has served on the Board of Directors of the Domestic Violence Service of Snohomish County since 2018. Greg was a strong and active supporter of ward creation in Everett, stating that citizens should know who their local council representative is and who is responsible for their neighborhoods. He wrote much of the language that Everett voters approved to add to the city charter to create council wards.

Community Clinics Shouldered Much of the Vaccine Rollout. Many Haven’t Been Paid.