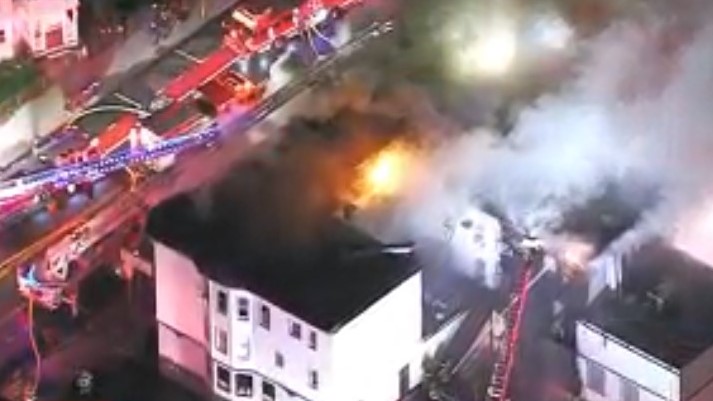 Crews are still battling a fire that broke out in a building on Block 700 on Broadway in Everett, Massachusetts at around 4:30 a.m. on Wednesday.

The building houses a restaurant, Oliveria’s Steak Bar & Grill, and apartments above. All could safely exit the building, officials said.

Crews from several communities responded to put out the flames. First responders said it would take a while to respond.

A man who lives nearby said he woke up from the smell of smoke.

“I mean to see that is shocking because when I got out of the house I said, ‘I’m sure I’ll see something like this,'” the man said. “Seeing that – it just blew me away.”

Further information was not immediately available.

This story evolves. Update for updates.

Ten thoughts on the Red Wings after 10 games – The Athletic