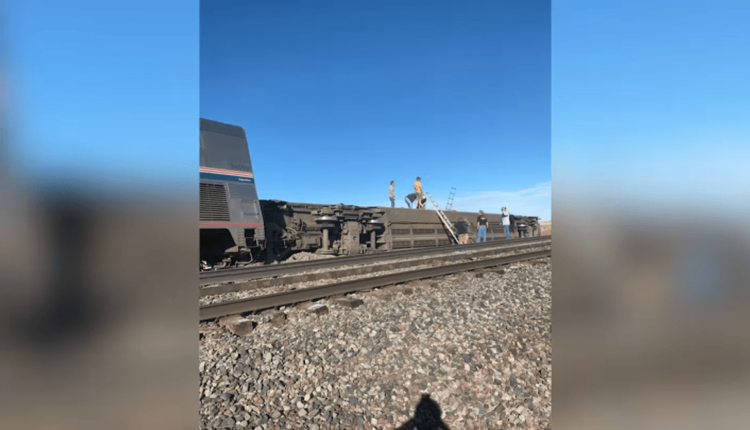 The train derailed between Havre and Shelby stops in Montana, KXLY TV and KSEN Radio reported.

KSEN TV station reported that the train derailed about 1 mile from Joplin, Montana, a town of about 200 residents.

An eyewitness told KSEN that at least four cars overturned and were on the track.

Rescue workers are on site.

Reports and pictures from passengers show cars that have been tipped off the tracks.

The train is the Empire Builder line, which runs between Seattle and Chicago, KXLY reported.

Look back for updates on this developing story.