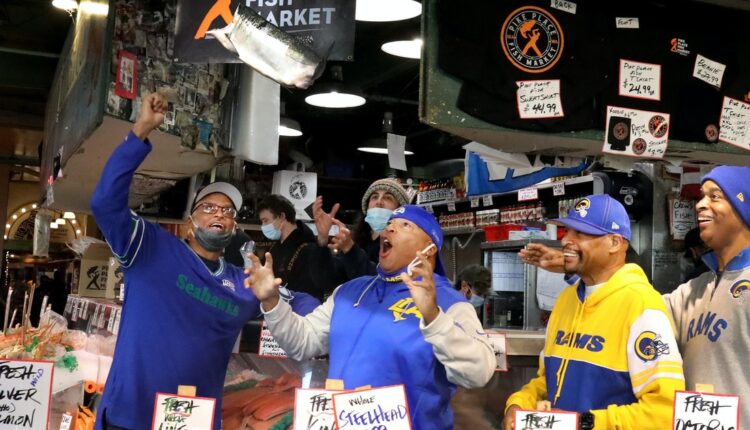 Like many sellers in Seattle’s Pike Place Market, Scott Chang isn’t sure when the store will resume its normal pre-COVID state.

It’s true that this summer brought a welcome crowd of tourists and locals to the Seattle open-air landmark. Sales at Lake Lee Gardens, the flower shop of Chang’s family, are almost back to where they were before the pandemic closed the market’s picturesque maze of stalls and shops.

But there is another, more sinister reason for Lake Lee’s recovery: Several competing flower sellers have either dropped out or are only there a few days a week. They now sell in other outlets that don’t require the long drive to downtown Seattle.

Even Chang is selling some of his flowers elsewhere for the first time, partly as a hedge against future COVID-related disruptions.

“We’ll never leave Pike Place,” says Chang, 36, of the place that has been his family business since the 1980s. But the pandemic “was a big eye opener that we need to look for other venues.”

Fifty years after Pike Place Market was nearly razed to the ground in the name of progress, the sprawling institution faces yet another, even more complex nemesis.

Although many of the 500+ companies in the market had solid sales this summer, visitor numbers are still below 2019 levels. Many sellers and farmers are still on reduced hours, and dozen have not returned or are about to return.

Although most of the market’s 222 restaurants, shops, and other stationary tenants have returned, only 69 out of 96 farmers and 147 out of 186 artisans had returned as of October 6, market officials said. All in all, the business world of the market is still down around 15% from 2019.

Even many of the vendors who have returned have done so by postponing how – and sometimes where – they do business as they prepare for their second winter of the pandemic.

Taken together, it signals changes for an iconic, eclectic retail community that faced challenges prior to COVID, including labor shortages and competition from online retailers, and an increase in farmers’ markets in virtually every city and neighborhood.

Although the Pike Place Market is still the first port of call in the region for a comprehensive “Meet the Producer” experience, “we can’t make a living from it alone,” says Mary Bacarella, Managing Director of the Pike Place Market Preservation and Development Authority (PDA. ). ) who owns and manages the 9-hectare, 14-building complex. The market, Bacarella, “has to adapt”.

Individual companies have come up with their own adjustments. At the Sound View Cafe, Alex Amon, whose family bought the place almost 30 years ago, has completely redesigned the menu, replacing many complicated high-end dishes with simpler dishes that “were cheaper for us”.

To offset the slump in sales, Holmquist Hazelnut Orchards increased sales at 16 other regional farmers’ markets, many of which even flourished when Pike Place struggled, said co-owner Richard Holmquist.

For some of the older vendors in the market, the pandemic was simply a good time to back off. Vickie Clark Rafael, a 66-year-old Shoreline jeweler, has run a daily stand for more than 40 years. Although she hasn’t returned since the pandemic broke out, she had planned to stay until 70 but is now unsure.

“This whole COVID reality has made it so difficult to decide what to do,” she says.