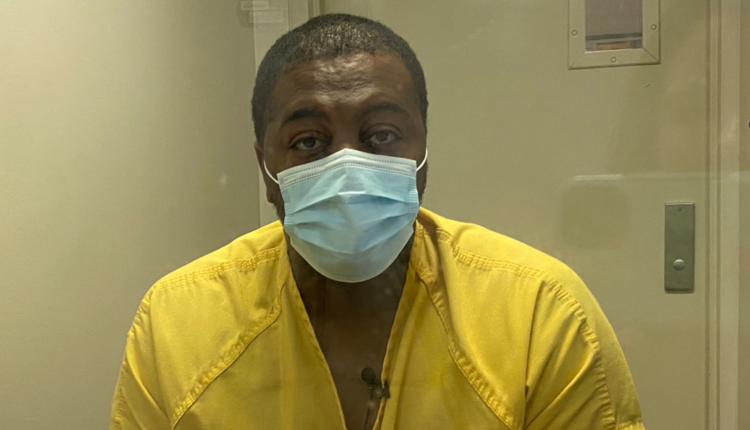 AIRWAY HEIGHTS, Washington – The man accused of shot dead his wife and daughter in Airway Heights and fled to West Washington faces fresh charges, according to newly filed court documents.

Zion Carter, 38, was originally charged with attempted murder on two counts. He was charged on Monday with first-degree robbery, illicit possession of a firearm and disruption of domestic violence reports. Carter remains in Spokane County Jail on $ 1.5 million.

Carter surrendered to the Pierce County Sheriff’s Office two days after the shooting and was later extradited to Spokane.

Court documents provide more insight into the background of the shooting and Carter’s alleged movements after the incident.

Carter’s wife told police that she argued with him the night of the shooting because he claimed she was “looking for him,” documents say. She said the argument ended with Carter telling her to get out of the house and rest before work. She said she lay down to sleep and woke up to Carter who, according to court documents, was standing on the other side of the bed holding a gun. She said she screamed and ran to the bathroom. She said Carter followed her and pointed a gun at her and shot her several times, the documents say.

While Carter fired the gun, documents said he repeated something like, “Why did you bring me here?” His wife said she tried to barricade herself in the bathroom and Carter tried to get in when she passed out.

The next thing she remembered was regaining consciousness and noticing that she was bleeding profusely. She said she looked for her phone and then called 911 and her father. Court documents say she told her father to say goodbye to her sons because she thought she was going to die. She said she collapsed on her bed and shortly afterwards she saw her daughter come into the room bleeding. The next thing she remembered the police came to her room to help her.

In an interview with police, Carter’s wife’s 11-year-old daughter told police she was sitting on the couch when she heard her mother arguing with her husband upstairs. As she sat on the couch, documents state that Carter snatched the phone from her and went back upstairs. The girl followed Carter upstairs and saw him holding a gun to which she yelled, “What are you doing ?!”

The girl told the police that she ran downstairs. As she ran, she said she heard gunshots. She said she tried to hide in the bathroom and Carter broke the door according to documents.

“The defendant looked her in the eye, pointed a pistol at her and smiled like someone does when they want to win a video game,” “said documents.

The girl said she threw up her arms and screamed, then heard gunshots, documents say. The girl told police she pretended to be dead in hopes that court documents said Carter would not shoot again. Eventually she ran through the back door of the house and found that she was bleeding from her upper body. She said she had moved between houses to find help when she saw Carter leave the house in a silver Nissan Rogue.

She told police she was so afraid that Carter would chase her after she left that she tried to “hold the blood in” so court documents said she would not leave a trail for him to follow.

While the police were still trying to find Carter, a concerned citizen came forward and said he had been to Carter’s house the night of the shooting. Carter told them that his car in Browne’s addition broke down and, according to court documents, he offered them money for a lift. Carter tried to convince this person to drive him to Tacoma and asked them to take him to an ATM, court documents say. Carter refused to actually use the ATM and eventually the person dropped Carter off on West 9th Avenue and South Walnut Street. The person concerned said Carter wasn’t upset or worried and was trying to convince them to get a hotel room with him so they could have sex, the documents say.

In an interview with police, Carter said he threw the gun used in the shooting over Monroe Street Bridge and into the Spokane River. He also said that documents indicate that he threw his cell phone down a gully. Carter said he later met a random person and paid them to drive him to Tacoma, documents say. He said he shaved his head to change his appearance after seeing press releases with his photos, documents say.

“The defendant said he did such a thorough job that he was ‘gone’ and the police never found him,” one detective wrote in court documents.

Carter told police he turned himself in because he heard his wife was going to be paralyzed, documents say. His next trial is scheduled for September 8th.