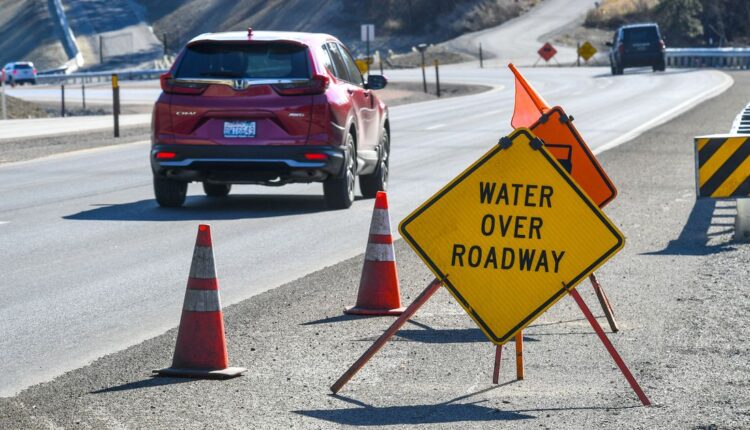 Spokane County’s $ 22 million in transportation construction projects are planned for the next year and $ 182 million by 2027.

District Engineer Chad Coles presented the six-year plan for transportation to the district commissioners in their final meetings.

The county will only have to pay $ 6 million of the $ 22 million for construction projects in 2022. Federal dollars will cover $ 9.7 million and state dollars will pay for $ 6 million.

Coles said building Bigelow Gulch Road will be the most impactful project next year.

Bigelow Gulch Road runs from North Spokane to the Spokane Valley. It used to be a quiet, two-lane thoroughfare. In the late 1990s, Spokane County began planning to upgrade the road and convert it into a four-lane, one-split highway.

Construction on the eight mile road began over a decade ago, but the county has completed the work in phases. There remain several phases, each of which is expensive. Overall, the Bigelow Gulch Road project could have a price tag of around $ 70 million.

In 2022, the county will be working on the Bigelow Gulch / Forker Connector Project 6, the easternmost phase.

Construction will run from Progress Road to Wellesley Avenue and will cost $ 11.8 million. The 2022 portion of the project will cost $ 6.7 million.

In addition to adding more lanes to Bigelow Gulch, the construction will divert the road to run between East Valley High School and East Valley Middle School. Middle school is excited about the new route, said Coles.

Coles said the Bigelow Gulch modifications will improve the road for trucking purposes.

“There’s a lot of cargo moving in this corridor,” he said.

Adding a divider will avoid head-on collisions, he said. He also noted that the construction reduces an S-curve near where Bigelow Gulch Road becomes Francis Avenue. That shaded curve gets icy in winter, Kerns said.

“Bigelow is notorious as a dangerous road in winter,” says Kerns. “It’s going to be a big, big change when this is all over.”

In addition to the work on Bigelow Gulch Road, Coles highlighted three projects for 2022 that exceed the $ 1 million mark.

A $ 1.3 million realignment project will transform the intersection of Craig and Thorpe Streets in the West Plains near Fairchild Air Force Base.

Craig Road crosses Thorpe Road twice and forms two “T” junctions instead of an “X”. The two intersections are close, but if you want to stay on Craig Road, you have to turn onto Thorpe Road, follow it briefly and then turn back onto Craig Road.

The county has acquired right of way from Spokane International Airport and can build a stretch of road that will allow Craig Road drivers to drive across Thorpe Road without stopping to zigzag.

A $ 1.6 million project south of Orchard Prairie on Columbia Drive from Girard Lane to Northwoods Drive will create traffic islands, mark bike lanes and improve the road base.

Overall, the district expects the following expenditures from 2022 to 2027:

No projects will approach the total cost of Bigelow Gulch Road, but some will exceed the $ 4 million mark:

Editor’s Note: Corrected this story to indicate that the Lincoln Road project is in the Shiloh Hills neighborhood.