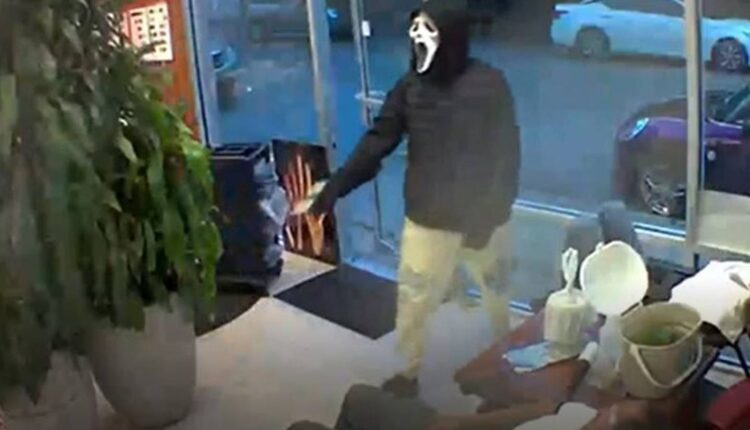 SEATTLE – The video received from KIRO 7 shows people wearing masks from the movie “Scream” entering a salon in South Seattle and robbing employees and customers inside.

About 12 people were inside when the suspects walked through the store grabbing the victims’ purses. A suspect was heard on video repeatedly asking, “Where’s the money?”

Police said the suspects had the salon owner take them to the staff area, where they stole all of the staff’s wallets and valuables.

Investigators said a silver truck with license plates from New Mexico was seen driving south from the area, but victims could not clearly link the truck to the robbery.