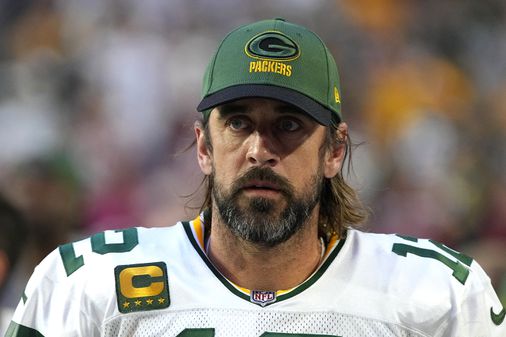 Let’s start in Everett, where Mayor Carlo DeMaria was re-elected Tuesday, with 3,735 of the city’s roughly 22,000 registered voters nodding to him. His winning margin of 210 votes wasn’t exactly a sweeping mandate, but given the many unreasonable allegations that have accumulated against him over the years, it’s noteworthy. Four women have claimed he sexually molested them. He has been accused of being too cozy with underworld types; and most recently his town clerk and former pal, Sergio Cornelio DeMaria, accused DeMaria of knocking him down for $ 97,000 on a real estate deal the mayor had no part in. The FBI is investigating, as Andrea Estes of the Globe reported last week.

DeMaria has denied all allegations, none of which have resulted in charges. Still, one has to wonder what would lead him to publicly threaten Cornelio during his victory speech on Tuesday evening, even with federal agencies snooping around.

“There was [people] who … we saw as friends who tried to sandbag us … It hurt us, but in the long run it will hurt them, “DeMaria told supporters. “I will stalk a lot of people.”

There is nothing like threatening your accuser to make you appear completely innocent! Really, really one-word-we-don’t-use-movement.

So how can one describe the deeds at Braintree, where a former teacher who was at the Capitol during the January 6th riot was just elected to the school committee? Matthew Lynch resigned from Braintree High School after the FBI visited him after his trip to Washington.

The day after the election (d’oh!), The school department finally released emails to the Braintree Patch showing that parents had complained about Lynch, arguing that he had put his students at risk by participating in the rioting and he threatened parents who criticized him. They quoted a bizarre Facebook post in which Lynch, who was accused of sculpting young minds, said:

“It’s the year 2320 and a non-compliant spaceship asks a kangaroo that identifies a man what freedom is and how America lost it? Well, that’s easy, the government used September 11th to create a surveillance state with the Patriot Act … and then they used COVID to create a police state. “

That word, which we do not use, is now on the committee overseeing the school from which he stepped down. He even received the second highest number of votes: 2,319 of his fellow citizens thought he was the right man.

Sometimes it feels like they’re taking over. Have you heard of the disgruntled Islamophobic truck driver and QAnon fan who likened vaccine mandates to Nazism and who appears to have kicked a powerful senator from office in New Jersey on Tuesday? Republican Edward Durr managed this massive riot with almost no money. Durr doesn’t seem like the brightest lightbulb, but what does that do to the Democrat who got hit? I can not say it.

I also struggle to describe Packers quarterback Aaron Rodgers after this past week. Rodgers lied about being vaccinated against COVID, which put his teammates and others with whom he came in maskless contact at risk. He was discovered after contracting the virus last week. As if that weren’t bad enough, he began a series of bizarre justifications that included the anti-Vax craze’s biggest hits, beginning with assuring that he had done his own research, and compared his resistance to judicial work ” the great “Martin Luther King Jr.

What on earth is that nut? Rodgers seemed smart; he had a sense of humor; he advocated players who went on their knees during the anthem; he moderated “Jeopardy!” For heaven’s sake!

I would never have bet that he would join this motley, chaotic pack.

Guess that makes me an idiot