Willie Nelson employs his relatives for their first LP together 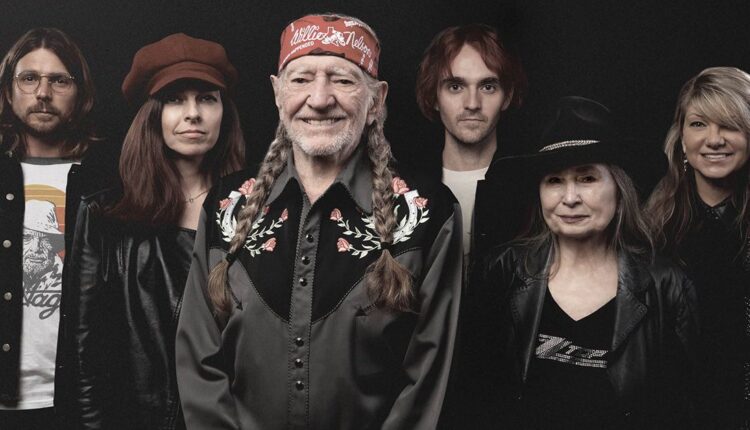 Just nine months after his tribute album to longtime friend Frank Sinatra, Willie Nelson, now 88 and a half years old, is back with his second album from 2021. This time he uses the talents of his children and his sister as well as his band The Family, who have been accompanying them since the early 1970s, to record some of his most famous songs and cover other classics from the singer-songwriter canon.

The Willie Nelson Family focuses on tracks that sound with the American spirit, songs by artists such as Kris Kristofferson, Hank Williams, and many that Nelson wrote himself, that date back to his later than expected breakthrough in the ’70s. This album sounds a lot more traditional country than his recent work, starting with “Heaven and Hell” from Nelson’s 1974 album Phases and Stages.

“Play it, little sister,” he calls out after the first refrain of contrasts and confusion, and his sister Bobbie comes in for a piano interlude. She is actually his older sister and will be 91 on January 1st.

The album’s 12 tracks are all faith-focused, and many have been heard and covered so many times that the mere mention of their titles indicates what the album sounds like. This trend continues in the next tracks Nelson wrote, Kneel at the Feet of Jesus and Family Bible, which he began writing about 55 years ago as a disc jockey in Vancouver, Washington.

His son Lukas Nelson, who also released an album this year with his band Promise of the Real, takes over as lead singer on “All Things Must Pass” and “Keep on The Sunnyside”. Lukas and his father have such a distinct and similar singing style that it almost sounds like the producers could turn back time to make Willie sound 50 years younger. Because they are so closely connected to the country, their voices are not shrill, but rather stretched and nasal.

The lonely track, which does not come from an American songwriter, is George Harrison’s “All Things Must Pass”, which Lukas Nelson tracks down with sensitivity and a slight touch. It may be a tribute to Paul English, the longtime family drummer and Willie’s friend. English worked on four of the tracks on the album, including “Laying My Burdens Down”, which with lyrics like “My soul take love on a hell of a ride” shows how much Nelson must have missed working with his colleague for half a century . English passed away in February 2020 and these tracks are the last he and Willie Nelson recorded together.

His other son, Micah Nelson, plays drums and bass while singing backing vocals with sisters Paula and Amy. Bobbie plays the piano while the rest of the family consists of harmonica player Mickey Raphael, drummer Billy English on drums, percussionist Paul English and bassist Kevin Smith. The group was currently headline Farm Aid, a festival that Willie first organized in the 1980s for the benefit of farmers.

The album isn’t as vocally collaborative as the title and album cover suggest, as Willie Nelson sings solo on seven of the tracks. Only Lukas Nelson ever sings the lead role with his father, as a duet on Williams’ “I Saw the Light” and “I Thought About You, Lord”, the healthy track from his 1996 album Spirit. They also duet on the last song, Kristofferson’s “Why Me”. “Jesus / My soul’s in your hand,” they sing before a low, concluding trill from Bobbie Nelson ends the record, which is indeed a family affair.

The Spokane-based brand is partnering with the Seattle Seahawks