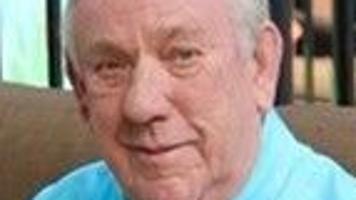 William F. Wilkins, founding partner and CEO of Wilkins, Kaiser, Olsen Inc., passed away peacefully at home with his family on June 3, 2021.

Bill was born on August 20, 1935 in Goldendale to Theodore V. and Vera M. Wilkins. Bill grew up in Goldendale and attended Washington State University in Pullman, Washington after high school. Bill moved to Stevenson, Washington, in 1962, where he and his business partners founded WKO and started a leading lumber company that expanded into a veneer factory and several sawmills.

Bill leaves behind his 51-year-old wife, Dolly of Stevenson Washington; Children Brad and Monica, Debbie and Keith and Bill and Sue from Carson, Washington, Shelli and Smitty from Vancouver, Washington, Carrie and Pete from Corvallis, Oregon, Scott from Goldendale, Juanita and Darren from Stevenson, Washington, Lori and Troy from Camas , Washington; Sister Joan of The Dalles, Oregon; and numerous grandchildren, great-grandchildren, nieces and nephews.

Bill loved his family and his business. He enjoyed many outdoor activities, including hunting and fishing. Bill was an avid golfer. He and Dolly spent many years touring various states enjoying motor coaching, golf, and friends.

Bill will be buried in Stevenson Cemetery on Highway 14, Stevenson, Washington on Wednesday, June 9th at 11 a.m.

The family would like to thank Heart of Hospice and Bobbi’s Way In Home Health Care for looking after Bill.

Plant a tree in memory of William Wilkins As a living tribute, please visit the Tribute Store.