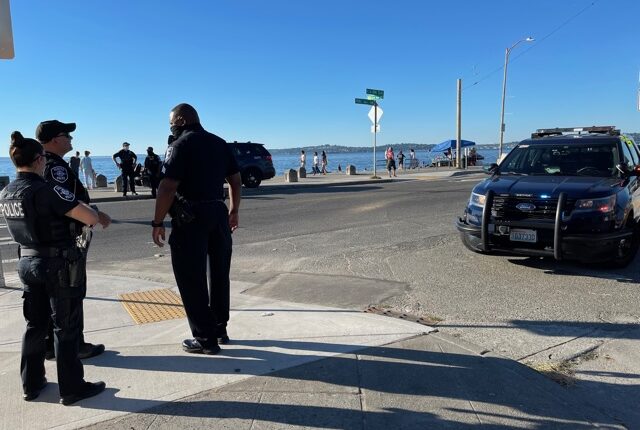 Police investigated a report of gunfire at Alki at around 6:15 a.m. tonight. The preliminary report says witnesses report reporting to the passing shooters Pepperdock restaurant 2600 block on Alki Avenue SW, then south on Marine Avenue [map] and fires one lap south, toward Alki Playfield / Whale Tail Park, before running west. Nobody was injured and no property damage was found; When we spoke to the police at the scene, they had found no evidence, but later they turned up in the Alki 2600 block, “an unused .40 caliber bullet”. The officials called in the gun violence reduction unit. The report does not include any description of the shooter other than “male”, but does mention that he “may have been with two other men during the incident”.