Walla Walla class from 1960 – why meet every 10 years when it is enough annually? | And so forth 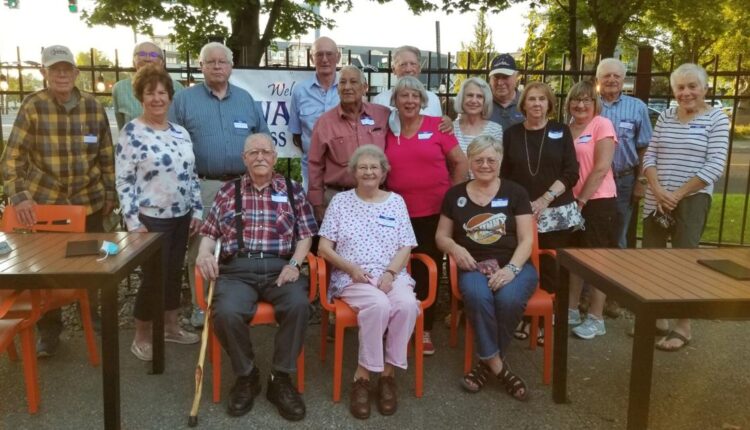 Gathering is such a pleasant pastime that members of the Walla Walla High School class from 1960 have been meeting annually for about 10 years, said classmates Beth Ingstad marker, now from Phoenix, Arizona.

Although they didn’t meet last year because of the coronavirus pandemic, this year they met for their 60th reunion instead, a year late, September 14-16.

“Our class loves to keep in touch.” said Marker.

The first event was an unhosted food and drink meet at the Big House Brew Pub. “The outside deck allows for conversation and moving from table to table,” she said. They also took classmate photo and candid shots.

The following evening, 24 guests enjoyed a buffet at the Walla Walla Country Club. Marilyn Bruggemeier Robb from Vancouver, Washington, introduced all of their classmates.

The third event was an informal picnic in Pioneer Park to chat with classmates and friends.

“During our time together, we discovered that there were several men who had served in Vietnam and different branches of the military,” Marker said.

Vince Coronado from Tampa, Florida, and most traveled Ken and Marilyn Hartwig picked up Amtrak from Bemidji, Minnesota, “Marker said.

Marker has a connection with the 1956 Berney Elementary School class that meets for dinner on Thursdays.

“We proudly finished eighth grade in Berney … Our class motto was ‘We won’t stop until we get to the top’,” said Marker. These dinners are organized by Gail Bjerke Eilmes by Walla Walla, who keeps the group informed about arrangements. “Some of us have been together since second grade,” said Marker.

The classmates are already looking forward to meeting in September 2022 if they want to celebrate their 80th birthday.