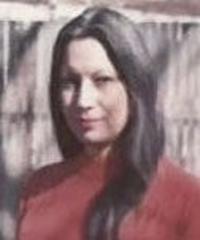 Dixie Lee Suiste died peacefully on September 24, 2021 at the age of 83 in Vancouver, Washington. Dixie was born on May 14, 1938 in Pendleton, Oregon, to Andrew Suiste and Irma Lavadour. She was the oldest of three children.

Dixie spent her childhood on the Umatilla Indian Reservation in eastern Oregon, where she also went to school and worked on the family farm. She met Everyl Pennington during high school and later married her. They married in 1955 and had three children together during their marriage.

Her many interests included reading, gardening, cooking, dancing, and listening to music. Her musical tastes were varied, but she had a lifelong love of classic country and western swing. She also enjoyed watching old movies, antiquing, swimming, hiking, and watching the night sky. Dixie had a strong connection with animals and supported their ethical treatment. In the course of her life she cared for many injured and frail animals.

She was beautiful and funny and curious and intelligent. And she is very much missed.

The tour and inspection will take place on Monday, October 4th, 2021, from 10:00 a.m. to 6:00 p.m. in the funeral home. The funeral will take place on Tuesday, October 5th, 2021 at 1:00 p.m. in the chapel of the Herring Groseclose Funeral Home under the direction of Rev. Steve Morris. Commemorative donations can be made to your local no-kill shelter or sanctuary through the Herring Groseclose Funeral Home, 315 W. Alder St., Walla Walla, WA 99362. Family and friends are invited to register in the online guest book at www. heringgrossclose.com

Walla Walla class from 1960 – why meet every 10 years when it is enough annually? | And so forth