Thousands greet the return of the Lilac Parade to downtown Spokane 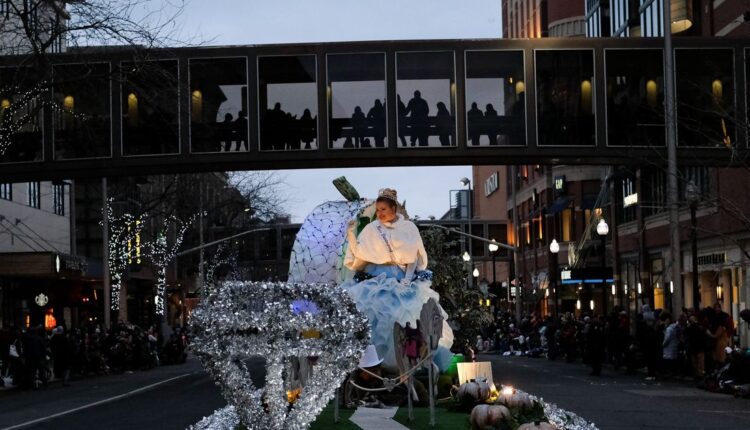 No purple flowers. No sunny weather. No problem.

The annual parade, which usually takes place in May, was canceled last year and this year due to the COVID-19 pandemic, so organizers put on a revised 45-minute procession on late Saturday afternoon.

“It is the first chance that we will all invite everyone back to the city center, open things up and start into the Christmas season, so to speak, so that everyone can feel a little normal again,” said Dan VerHeul., President of the Spokane Lilac Festival.

VerHeul, wearing a purple suit jacket and hat for lilacs, rode in a red 1966 Pontiac Bonneville with his wife in the parade. He called out happy holidays to the crowd lining the streets.

The parade was attended by military personnel, Spokane police and fire engines, a variety of floats and politicians, including Spokane Mayor Nadine Woodward and US MP Cathy McMorris Rodgers. Some of the wagons and vehicles were decorated with Christmas decorations.

The high school bands seemed to be a huge hit as several participants named the musicians their favorite part of the parade.

“Personally, I liked all the bands that played,” said 13-year-old Danlyn Ruppert. “It was great fun.”

Her sister, 10-year-old Vanessa Ruppert, said she enjoyed watching the princesses the most.

“I also really liked the music, except that the drums scared me a bit, but it was really fun to watch,” said Vanessa Ruppert.

She said one of her sons plays the drums while her eldest son, a former graduate band drummer, also helped out on Saturday.

She said she was pleasantly surprised to see more floats and high school bands than she expected. It was a little cold, though, Harris admitted.

Inland Northwest Honor Flight Director Tony Lamanna served as Grand Marshal of the parade. He drove downtown in a green jeep from 1942.

“It’s just wonderful to see how our veterans react,” Lamanna said, noting that some people salute and others clap for the soldiers.

Lamanna founded the Inland Northwest Honor Flight, which brings war veterans to Washington DC to visit war memorials. The procession included a large group of participants, each holding a photo of a veteran who died on duty.

For Menesia Spade it was a picture of her brother Army Sgt. James Craig from Spokane. He was 26 years old when he died.

Spade said Craig served three tours of Iraq as an infantryman. He died the day before his six-month wedding anniversary, said Spade, who marched in honor of fallen veterans, “so that their sacrifice is not forgotten.”

Fireworks at Kendall Yards lit the night sky to wrap up the festivities.