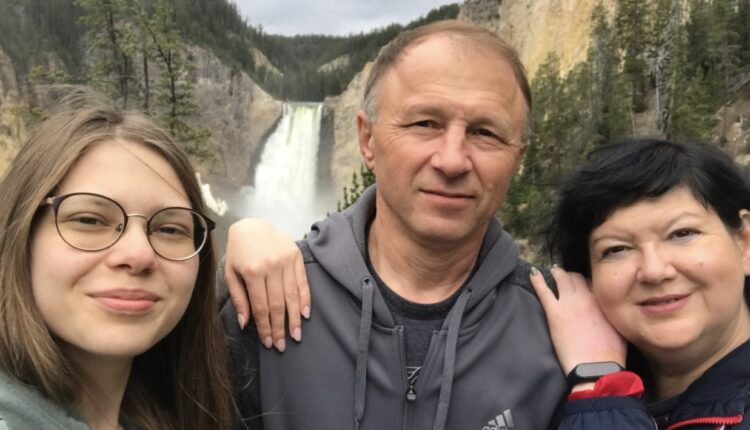 This news was made possible through contributions from readers and members like you to the FāVS. Thanks very much.

Immigration poses many challenges and for the Yaitskaya family, finding a home of their own was a hurdle that they had to overcome when they left their homeland.

But through a partnership with Habitat for Humanity, the Yaitskayas will be moving into their new home next week – a blessing the family will be grateful for during this Thanksgiving season.

Sofya Yaitskaya emigrated to the United States from Russia with her husband Evgeny and their daughter Ekaterina in April 2019. The family decided to move when Sofya’s sister Irina invited them to live in the United States

Irina immigrated to this country about 30 years ago. Sofya said she wanted to be closer to her sister and mother Julia, who moved to the United States in 2015.

“It was a good opportunity to work and try to live in another country,” she said.

When the Yaitskaya arrived in the US, they first lived with Irina when they settled down and tried to start their life in a new country.

“You’re coming to the country. You don’t have a credit history. They don’t have a rental history. Nobody knows about you, ”said Sofya.

Sofya, Evgeny and Ekaterina take English as a Second Language (ESL). Sofya learned basic English in Russia, so it was easier for her to learn the language.

Sofya completed the ESL course last year and is now taking an English prep course at Spokane Community College. She is in the first quarter and attends classes twice a week. She said it was an opportunity for her to meet new people and have new experiences.

In November 2019, a spokesperson for Habitat for Humanity Spokane gave a talk in one of their ESL classes. The person spoke about the organization’s home ownership program, which Sofya was initially skeptical of.

At the time, they lived in an apartment, but had financial problems paying the rent. Sofya and Evgeny finally filed an application for the home ownership program in December 2019 and their application was approved in June 2020.

Michelle Girardot, CEO of Habitat for Humanity Spokane, said the program furthers the organization’s mission to bring about God’s love and hope through building homes and communities.

Girardot said individuals and families must earn less than 80 percent of the region’s median income to qualify. Habitat for Humanity uses the apps to determine if applicants can afford to pay their mortgage and helps them figure out what type of home they can afford. Homeowners in the program pay no more than 30% of their monthly income on their mortgage.

“This is not an overnight program,” she said. “It takes about one to one and a half years from being accepted into the program to closing the house when you sign the final documents – then you receive the keys to your house.”

During this one-year period, families work to complete 200-250 hours of sweat compensation. This includes attending budget and finance workshops, learning about house maintenance and investing in voluntary hours.

Not only do families grow to be financially successful, they also help build their own homes and those of their neighbors. Girardot said this is an important part of their home ownership program and allows people to build a community with one another.

“There are many people in our communities who don’t even know who their neighbors are, and being able to rely on one another makes it easy to feel more secure,” she said. “You feel more connected to your community.”

The Yaitskaya completed approximately 300 hours of welding time. Sofya and Ekaterina volunteered in the Habitat for Humanity Spokane store, while Evgeny worked with volunteers to build their home.

Sofya said Evgeny met great people while working in construction. Evgeny doesn’t speak English well, so he communicated and connected with others through a translator on his phone.

“When he started to work, our home didn’t exist. It was just a huge hole in the ground, ”said Sofya.

The Yaitskayas finished their welding lessons about three months ago. And last Friday they had their pre-closing meeting with Habitat for Humanity Spokane. Girardot said this type of meeting gives families an opportunity to ask questions and understand what exactly they are signing during the closing meeting.

On Monday, after more than a year of investing in their new home, Sofya and Evgeny will sign their graduation papers and receive the keys to their house. 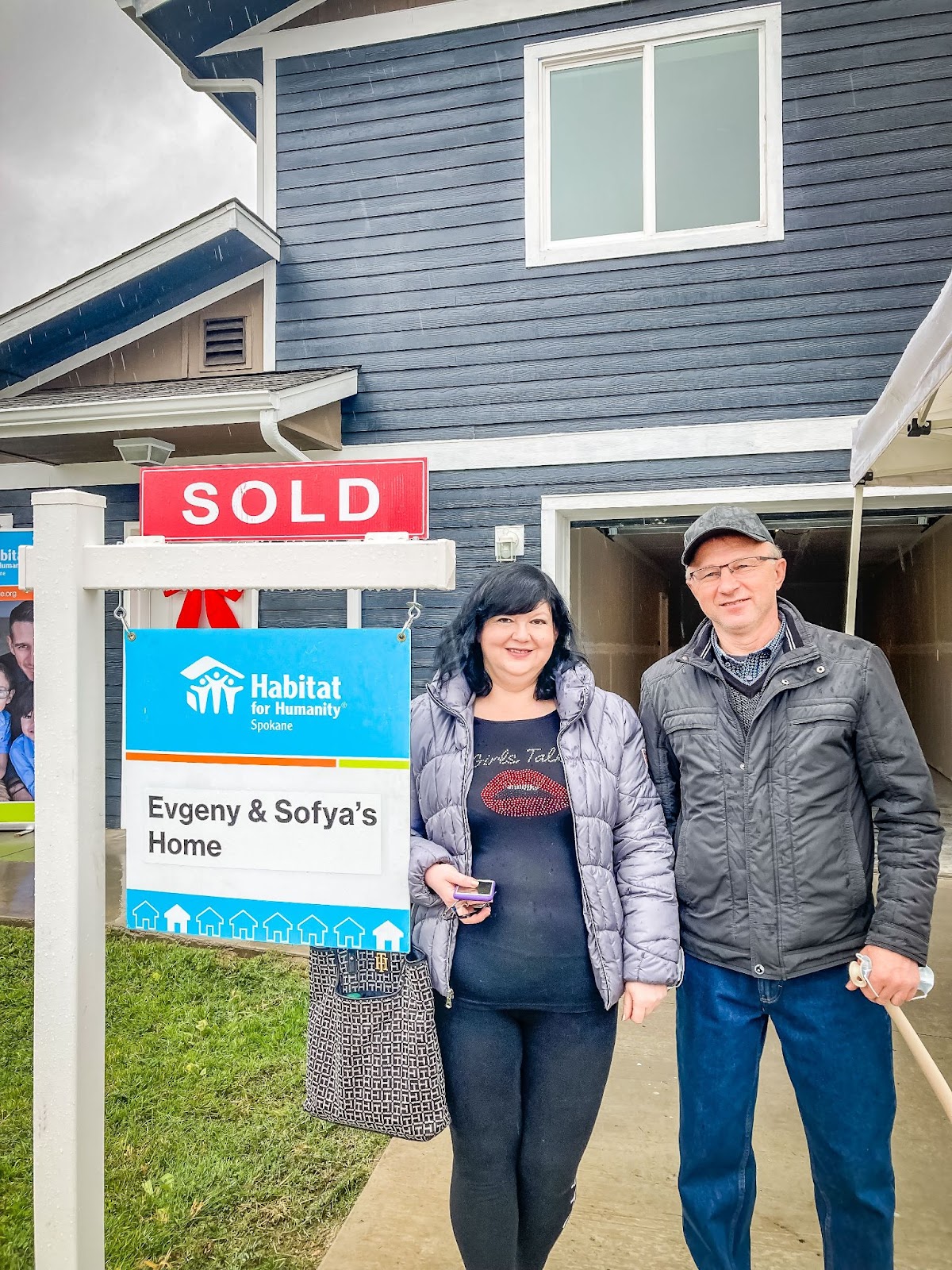 Sofya and Evgeny Yaitskaya pose in front of their house / Contributed

Sofya is happy that her family is moving into her new home. She is also grateful to God for everything He does for her family.

“I am grateful to Habitat for Humanity for the opportunity to have a home of my own. I am grateful for the volunteers and for the people who donated money so that we can have our apartment and call it home, ”said Sofya.

This news was made possible through contributions from readers and members like you to the FāVS. Thanks very much.