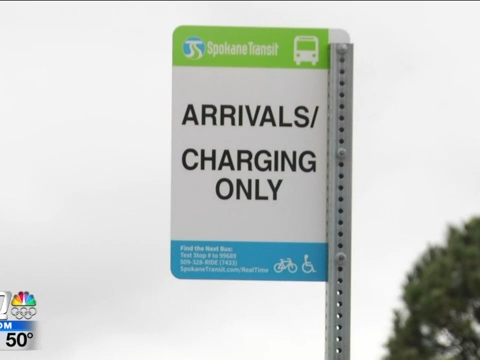 SPOKANE, Wash – The Spokane Transit Authority is taking new steps to save our planet. Although zero is a low number, they have now introduced our region’s first zero-emission, battery-electric buses.

You may not hear them, but you can see Spokane Transit’s new battery electric buses.

“There are 2 new 40-foot electric buses from Flyer, we have also just received 2 Portero buses, but we are still putting them into operation. We have to get it licensed, ”he said.

The buses charge several times a day and the journey only takes 10 to 20 minutes.

Right now they’re sitting in Moran Station Park, only driving Route 4. Fully charged, the buses can travel around 120 miles depending on the weather and terrain.

“It allows us to test a hilly route over a long distance through town,” he said.

But the battery is monitored just like the gasoline at the front of the bus.

“Just as we would never run out of gas on a bus, we wouldn’t run out of battery power on a bus,” he said.

The idea came from companies that run electric across the state, including Wenatchee and Seattle.

Spokane Transit tests these buses with passengers in the morning to see which electric vehicle company is the smartest investment in the future.

Although the cost is higher upfront, it actually saves you money in the end.

“We have the same service at the same cost to local taxpayers, but we have the savings on maintenance,” he said. “Research shows that approximately $ 165,000 can be saved over the life of a vehicle.”

They also have 10 60-foot battery electric buses for a future city line, the first express bus project in east Washington that would power downtown similar to a streetcar but a battery electric bus. That is under construction and will hopefully open in July 2023.

A black mark for Hockey