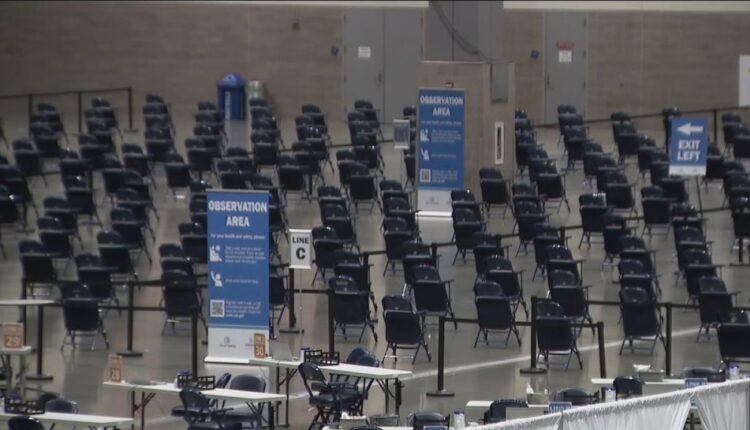 The four locations – Lumen Field Event Center, North Seattle College, Rainier Beach, and West Seattle – have helped the city manage more than 230,000 recordings. More than 76 percent of Seattle residents 12 and older have started the vaccination process, and more than 60 percent are fully vaccinated, the city said.

The Lumen Field mass vaccination site, which opened in March as the country’s largest civilian operation, will close on June 12. The vaccination centers in Rainier Beach and West Seattle will be closed on June 23 and 9, respectively.

Seattle’s vaccination rate is the second highest in the nation, according to the mayor’s office. San Francisco comes first, but officials there haven’t started tracking vaccinations of 12-15 year olds yet.

“Now that the vast majority of Seattle citizens have begun the vaccination process, we as a city can safely open up and recover – without the need for our permanent locations,” said Durkan.

Three of the four permanent locations – Lumen Field, Rainier Beach, and West Seattle – will continue to give first and second doses until they close.

The first and second doses will also be given at the Seattle Fire Department’s testing and vaccination facility in the SODO neighborhood.

Durkan praised the city’s efforts to reach BIPOC communities more prone to serious COVID-19-related illnesses as a great achievement. She said 48 percent of city vaccinations were given to people who identify themselves as black, indigenous, or colored. That’s 15 percent more than the BIPOC share of Seattle’s population.

Going forward, the Seattle Fire Department’s mobile vaccine teams will be the primary vaccine administrator this summer. The focus will be on vaccinating teenagers in Seattle.