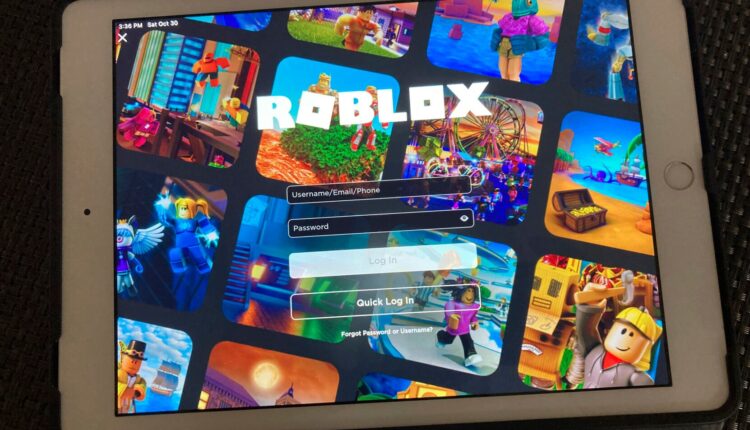 SPOKANE, Wash. – Parents used to warn children about strangers in vans, but now kids need to watch out for strangers online and in video games.

It’s not an internet conspiracy theory; it happened to a child in Spokane.

A stranger targeted him through a video game chat, making disturbing threats and demands.

It all happened in the game Roblox. If your child isn’t playing, their friends likely are.

The website has more than 48 million active users and most are between 9 and 13 years old. Anyone can download it, and kids can chat with people they don’t know.

Search warrant documents state that this is how a predator began to speak to a 9-year-old boy from Spokane. The conversation escalated over the course of four months and the stranger even pretended to be the boy’s pastor, which further won his trust.

“So there are a lot of different approaches they take, but always with some kind of deception, some kind of threat or promise of money or gifts to get these young people to open up and talk to them,” said Parker .

Then the conversation took an even darker turn. In this case, the stranger learned about the boy’s past and threatened to shoot him because he knew that one of the child’s family members had shot himself.

Then the predator asked the boy for nude pictures and videos.

Search warrant documents show that the boy sent 25 nude photos and five videos to this stranger, who then asked the boy to introduce him to other friends.

Court records show the predator tried the same when introduced to a 9-year-old girl. She didn’t send anything and told a school counselor who then went to the police.

“Don’t be afraid to contact me if someone asks for these pictures, or even if you sent these pictures,” said Parker. “It’s okay to talk to parents, school staff, or law enforcement agencies.”

The Spokane County Sheriff’s Office is now investigating. The FBI is not involved yet, but they are aware of cases like this.

“We are taking a number of approaches to track down and identify these predators,” said Parker.

Documents state that the sexual images were shared through the Roblox chat feature. The company told 4 News Now that players can only chat, not send photos or videos.

“In games like Roblox, it is our job as parents to set up the child’s account properly,” said Andy Robertson.

Robertson is a video game journalist who wrote a book about how parents can help their children avoid dangerous situations like this one.

He says Roblox automatically applies restricted settings based on age, but it’s up to parents to enter the correct information.

“It’s worth spending a good hour, maybe half an hour, looking at and understanding these settings,” said Robertson. “Maybe you talk to your child about who to talk to when someone can make a friend request.”

From a parent’s email, families can keep track of what their child is playing and who they are talking to.

Robertson says it is important to have an open conversation.

“If your child comes across something that makes them feel insecure or insecure, they are much more likely to talk to you about it,” he said.

Any form of media can be unsafe, but that is why parents need to play a role in the beginning and watch what is happening online.

“It can be a really good first step when you do it with your child,” said Robertson. “It can be a nice way to build confidence and good habits for your child, now when they are little, but also in their future life.”

The police are still trying to find out the true identity of the stranger who chased the young Spokane boy.

Investigators found the predator’s username on Roblox. But the company said it wasn’t valid. If investigators find out who did it, they face up to 10 years in prison.

Roblox declined to interview for this story, but said they are working to prevent, detect and promptly report any suspected online care.

While Roblox is moderating what’s going on in its game, other chat apps may have less stringent security settings.

“That’s why we also specifically monitor and block chats in which users might try to share other social media usernames in order to move a player from our platform to another,” Roblox said in a statement.

While security starts with keeping track of a child’s gaming habits, there are settings that allow families to restrict a child’s account when someone is not around.

Parents can find out more here.