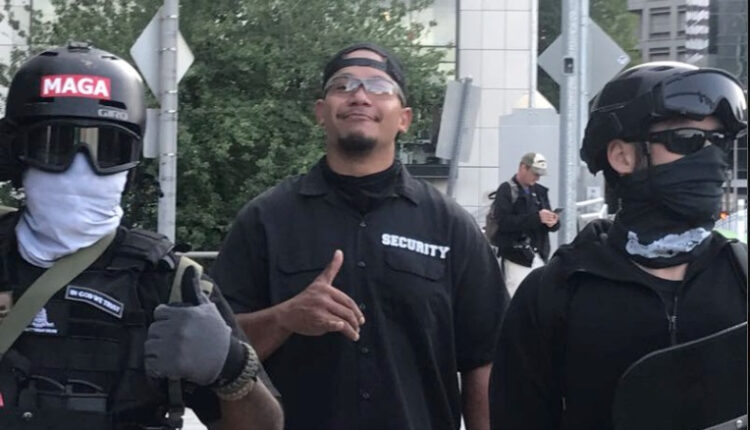 A Portland Proud Boys leader was shot in the foot during an anti-COVID protest in Olympia, Washington, social media reports show.

Live streamers covering the protest against COVID-19 mandates near the Washington state capital showed Tusitala “Tiny” Toese bleeding from her foot or lower leg after five shots were fired in the afternoon of September 4th was.

According to footage, local police masked the scene at the Intercity Transit shopping mall on State Avenue Northeast near Franklin Street, and medical personnel responded.

It is unclear who fired the shots that hit Toese, although the right-wing Proud Boys tracked black-clad figures named Antifa, a left-wing movement, in the minutes leading up to the shooting.

The Portland Grandstand is media partner of KOIN 6 News

Earlier in the day, counter-demonstration supporter Alissa Azar said she had been physically attacked and beaten by Proud Boy members. The incident was not caught on camera, but a video shows several battle-hardened right-wing extremists shouting their names and then screaming from a woman.

Toese, who is six feet three inches tall and weighs over 300 pounds, was a regular organizer of Proud Boys events in the Portland area and is known for openly participating in street brawls, including the rally that turned into a violent event Collision near a shuttered Kmart in east Portland on August 22nd.

Toese was previously known as first lieutenant to Patriot prayer leader Joey Gibson, but that group has been less active as Gibson faces possible riot conviction.

The Vancouver, Washington resident was recently paroled after serving in prison for an attack in 2018.

The authorities in Olympia did not immediately respond to a request for comment.