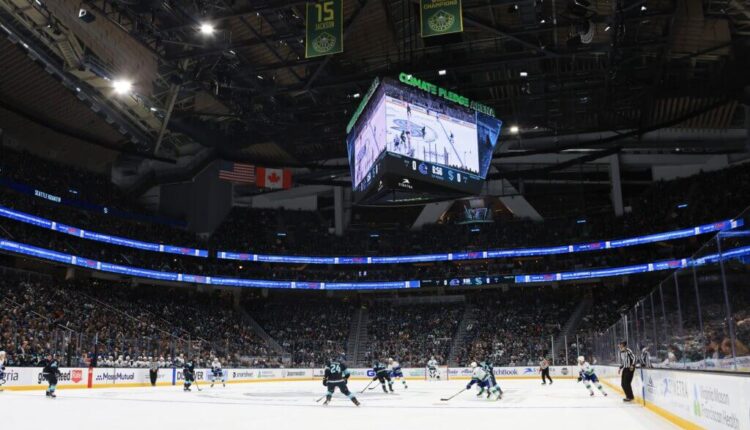 Before Vince Dunn scored that goal.

You know, who gave a new purpose to an old Washington State Ferry Horn and got thousands of fans on their feet while shouting to one of Nirvana’s most iconic songs at the same time.

Hours before all of this happened, the Climate Pledge Arena was silent to anyone walking around here in the morning. It wasn’t until you went down those concrete steps that you could hear the noises. The sounds of construction crews screwing on parts of the stands, tightening or whatever they were doing to prepare them for the impending doom.

You could hear the sound of Joey Daccord’s ice skates shredding the ice and the echo between the hum of power tools or the cadence of hammers pounding on metal.

Fast forward to a crowd. There were more moments. Dunn’s Gate was one of them. So also the parades of Philipp Grubauer in over two periods or the green gate by Mark Giordano, which aroused the belief that the Seattle Kraken could christen their new home with a victory.

Everything was fine there. But the octopuses were plagued by a different image instead. One in which a promising third period again proved problematic. This time it didn’t happen on the street, but in front of a sold out crowd in a 4-2 loss to the Vancouver Canucks.