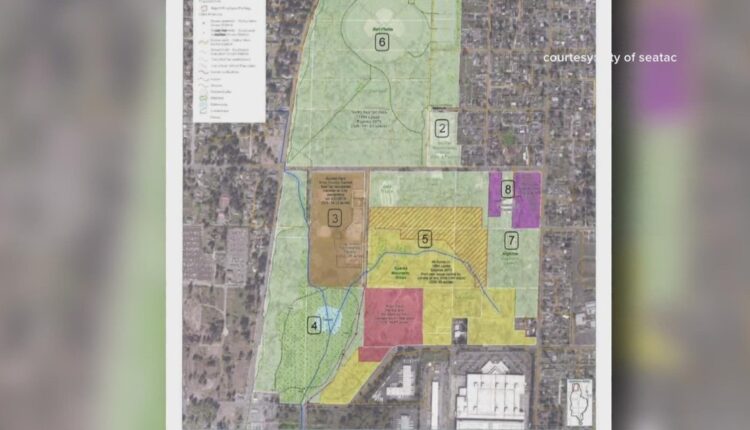 The Port of Seattle owns the land, but SeaTac leases it and is looking for ways to save it for the community.

SEATAC, Washington – The Port of Seattle plans to conduct an inventory of 55 acres of forest in North SeaTac Park for the first time this month.

The aim is to look at the recreational and environmental effects of the park with “fresh eyes” in order to help determine its future.

It’s a big step from where port and community members were just two months ago when a proposal to convert 11 acres of parkland into an airport parking lot was submitted to the Federal Aviation Association (FAA) for environmental review.

Community activists said this was the move they needed to call the port, petition and write letters against the development.

In August, the Port of Seattle announced the parking lot was off the table and paused further development until the inventory was completed.

“Sometimes when you have something controversial, you have the option to step back and think about where you are going. And that’s exactly what we did on this project,” said Port of Seattle Commissioner Stephanie Bowman.

North SeaTac Park has become a special place for the community with its deep trails, forests, and BMX track.

“I think it really offers an opportunity to save the entire park and make development around the park more innovative, rather than just ‘oh, there is some available land here. Let’s cut all these trees down, ‘”said community activist Noemie Maxwell.

But the park is not yet safe.

The 55 acres that are on the inventory are designated for commercial use and belong to the Port of Seattle but are leased to the City of SeaTac.

The port continues to emphasize plans to meet the needs of a growing airport.

“It gives us a baseline of what is in this park. Then we as the Ports Commission can decide whether we intend to continue commercial developments,” added Bowman.

Maxwell plans, along with Deputy Mayor Peter Kwon, to buy back the park from the port.

It is unclear where the money will come from.

Bowman said they would hear all the solutions but reiterated that nothing would happen until the inventory is completed.