Pays deaths as record-breaking heatwave hits Canada and the US 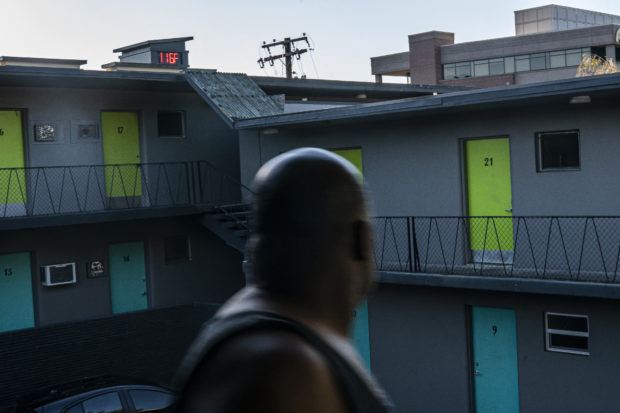 Everett Clayton looks at a digital thermometer on a nearby building that reads 116 degrees as he walks to his apartment in Vancouver, Washington on June 27, 2021. AFP

VANCOUVER – Numerous deaths in Canada’s Vancouver area are likely linked to a grueling heat wave, authorities said Tuesday as the country recorded its highest temperature ever in scorching conditions that stretched into the Pacific Northwest.

At least 134 people have died suddenly in the Vancouver area since Friday, according to city police and the Royal Canadian Mounted Police.

Vancouver police alone said they had responded to more than 65 sudden deaths since Friday, the vast majority of which were “heat related”.

The deaths came when Canada broke a new all-time high temperature record, hitting 121 degrees Fahrenheit (49.5 degrees Celsius) on Tuesday in Lytton, British Columbia, about 250 kilometers east of Vancouver, for the third day in a row, according to the country’s weather service, Environment Canada reported.

“Vancouver has never seen heat like this and unfortunately dozens of people die because of it,” said police sergeant Steve Addison.

Other local communities have stated that they have also responded to many sudden death calls, but have not yet released any tolls.

Climate change is causing record temperatures to become more frequent. Globally, the decade through 2019 was the hottest recorded, and the five hottest years all occurred within the last five years.

The scorching heat that extends from the US state of Oregon to the Arctic Territories of Canada has been attributed to a high pressure ridge that traps warm air in the region.

Temperatures in cities in the Pacific Northwest, Portland, Oregon and Seattle, Washington reached levels unheard of since records began in the 1940s: 115 degrees Fahrenheit in Portland and 108 in Seattle on Monday, according to the National Weather Service.

Vancouver on the Pacific coast has recorded temperatures above 86 degrees Fahrenheit (or nearly 20 degrees above seasonal norms) for several days. Inland along the Fraser River Delta, climatologists felt like 111 degrees Fahrenheit due to the high humidity on Tuesday.

The chief medical examiner for the province of British Columbia, which also includes Vancouver, said it had “seen a significant increase in reported deaths suspected of being a contributing factor”.

The service said in a statement it recorded 233 deaths between Friday and Monday, compared with an average of 130.

“We’re getting through this extraordinary time by sticking together,” he said.

He called “to review the people we know may be at risk, make sure we have cold compresses in the refrigerator or stay in the coolest part of our homes, and make sure we take steps to get through this. “Heat wave.”

Environment Canada has issued alerts for British Columbia, Alberta and parts of Saskatchewan, Manitoba, Yukon and the Northwest Territories, declaring that “the longer, dangerous and historic heatwave will continue this week.”

The heat wave has closed schools and Covid-19 vaccination centers in the Vancouver area while officials set up temporary water fountains and fog stations on street corners.

Shops were quickly selling out of portable air conditioners and fans, with several people with no cooling at home telling AFP they hid in their air-conditioned cars or underground garages at night.

In Eugene, Oregon, the organizers had to postpone the last day of the US Olympic athletics tests and move the afternoon events to the evening.

The extreme heat combined with intense drought also created the perfect conditions for multiple fires over the weekend, and a fire on the California-Oregon border had already burned 600 acres by Monday morning.

“Dubai would be cooler than what we’re seeing now,” David Phillips, a senior climatologist with Environment Canada, told AFP on Monday.

Do not miss any news and information.