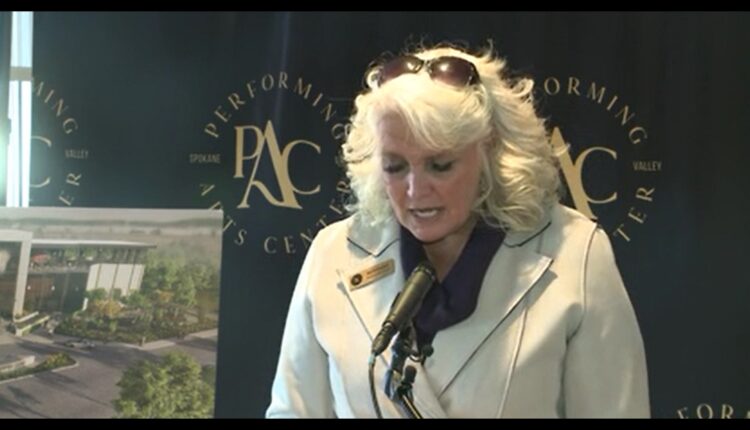 The SVPAC will benefit Spokane artistically and economically. For every dollar spent on theater, $ 33 goes into the economy, according to a study.

The 59,000 square foot SVPAC will be home to the Spokane Valley Summer Theater (SVST) and will be located on 5 acres along the Interstate 90 corridor between Evergreen and Sullivan in the Mirabeau neighborhood.

The plans for SVPAC were sparked after the success of SVST, which will become the facility’s house program throughout the year.

“The construction of the Spokane Valley Performing Arts Center will not only give the Spokane Valley Summer Theater a permanent home, it will also serve as a beacon for the performing arts in general and give the region a space that will have multiple users,” said Executive Das said artistic director Yvonne AK Johnson.

Since its inception in 2016, the SVST has set visitor records year after year and raised the local theater to a professional level of entertainment. According to a press release from SVPAC, SVST season tickets increased by 42% from 2018 to 2019 and the annual operating budget has doubled in 6 years.

The building will benefit the Spokane area not only artistically but also economically. For every dollar spent on professional theater, $ 33 goes back into the economy, according to a study by the National Endowment for the Arts (NEA). Anne M. Rorholm, SVST’s executive director for development, said this amount came from the money people spend to buy clothes for the show, babysitting, dinners, housing and concessions.

The arts center will also attract tourism to the Spokane area and have a huge impact on hospitality.

The state-of-the-art performance center will be a three-story facility with a main stage with 500 seats, a flexible studio theater with 200 seats, an acting conservatory for the youth of the region, and event and business meetings.

The function room can host two events at the same time and offers 180 expansive views of the Idaho Mountains to the southeast and Mt. Spokane and the Spokane River to the north. It is designed by NAC Architecture and built by Garco Construction.

In addition, the SVPAC plans provide space for a rehearsal room, three permanent and multi-portable concessions and bars, and 300 parking spaces outside the building, which will be free for guests, to name other facilities.

The groundbreaking ceremony for the SVPAC is planned for August 13, 2022, and construction is scheduled to start in September 2022. The grand opening of the art center is planned for summer 2024.