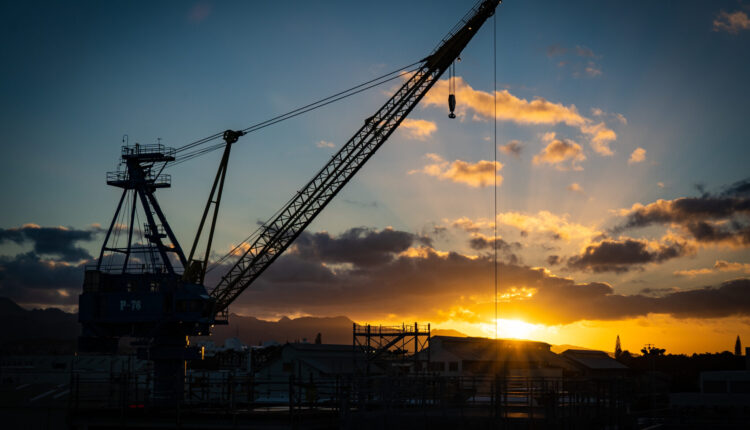 The five companies can look to future contracts for pre-construction planning, preparation and feasibility studies related to the construction of waterfront facilities such as warehouses, dry docks, piers and other site improvements, as well as dredging and incidental planning, environmental, and other related services with the Navy’s Shipyard Infrastructure Optimization Program (SIOP).

“These contracts will help the Navy begin planning and renovating the Pearl Harbor Naval Shipyard and Puget Sound Naval Shipyard once we have completed all regulatory processes, including government-government consultations and public engagement,” said Rear Adm. John Korka, Commandant of NAVFAC and Chief of Civil Engineers of the Navy. “It involves industrial partners in our planning efforts, a lesson we have learned from our SIOP efforts to date. This will facilitate healthy competition and ultimately help us deliver the best possible solution for our navy and nation. ”

The contracts run for up to eight years, or are valued at $ 8 billion, whichever comes first. While the contracts primarily apply to SIOP-related work at PHNSY and PSNS, work orders can also be issued for work at other locations in the area of ​​responsibility of NAVFAC.

“The navy depends on our shipyards to return battle-ready ships and submarines to the fleet,” said Korka. “SIOP is leading the Navy’s investment plan to achieve this. It is a one-off effort that the NAVFAC team is proud to be a part of. ”

SIOP is a joint effort by NAVFAC, Naval Sea Systems Command, and Commander, Navy Installations Command to recapitalize and modernize the infrastructure of the Navy’s four public shipyards, including dry dock repair and modernization, shipyard recapitalization and reconfiguration, and the Modernization of industrial shipyards plant equipment.

The successful tenderers for this contract are Bechtel National of Reston, Virginia; Dragados / Hawaiian Dredging / Orion JV based in Honolulu, Hawaii; Burlingame, California ECC Infrastructure; SIOP MACC, AJV based in Vancouver, Washington; and the TPC-NAN joint venture based in Sylmar, California.

All That Jazz: The Life and Legacy of Ernestine Anderson

2 Spokane parks are getting new playgrounds