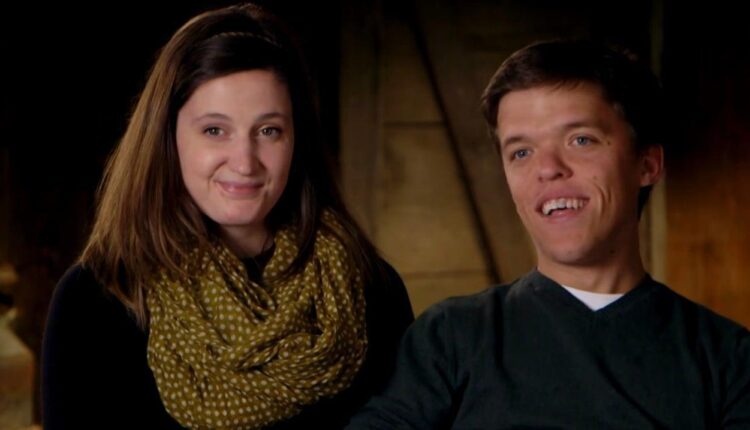 Little Pople, Big World fans speculate that Zach and Tori Roloff may be leaving the long-running TLC series after the couple moved from Portland, Oregon to a new home in Washington state. The couple shared the news Thursday night but made no comment on their future on their family’s show. Zach, 31, is the only one of Matt and Amy’s Roloff children who continues to star on the series, which ended its 22nd season in August.

“Guess what ?! WE have moved !! We have been pretty busy for the past thirty days and I’m more than exhausted. I hope we never move again. Haha,” Tori, 30, wrote on Instagram. “We said goodbye to our cute, cozy, unique and very greenhouse in Portland yesterday !! We have had so many fond memories in this house, including bringing our sweet bean home from the hospital, countless gatherings and just a whole lot Dear, We’ll miss Portland, but we’re so excited for our new adventure in … WASHINGTON! “

Tori enclosed two pictures of the family with their children Jackson (4) and Lilah Ray (23) outside the house. She made sure that fans couldn’t find her address just from the pictures, so she censored the real estate company’s sign. She also shared a video on her Instagram story in which she revealed that many of her belongings are still in boxes.

Many fans congratulated the young couple on their new home, but some were worried about their future at LPBW. “You won’t be on the show anymore?” a fan asked. “Congratulations! Well [you’re] doesn’t move on the farm ?? ”asked another, referring to Roloff Farms, which was run by Zach’s father. “Wow! Shocked that you are moving away from the family, but congratulations! “Wrote another.

Tori didn’t respond to the speculation, but it’s worth noting that they didn’t say exactly where they moved to in Washington. Portland is only about 10 miles south of Vancouver, Washington. So Zach and Tori weren’t moving too far away. It’s within the realm of possibility that they’ll continue to appear on LPBW when the show comes back for a 23rd season.